IPL 2020: Mumbai Indians shared a post overloaded with cuteness as Rohit Sharma and other players posed with their daughters on World Daughters Day. 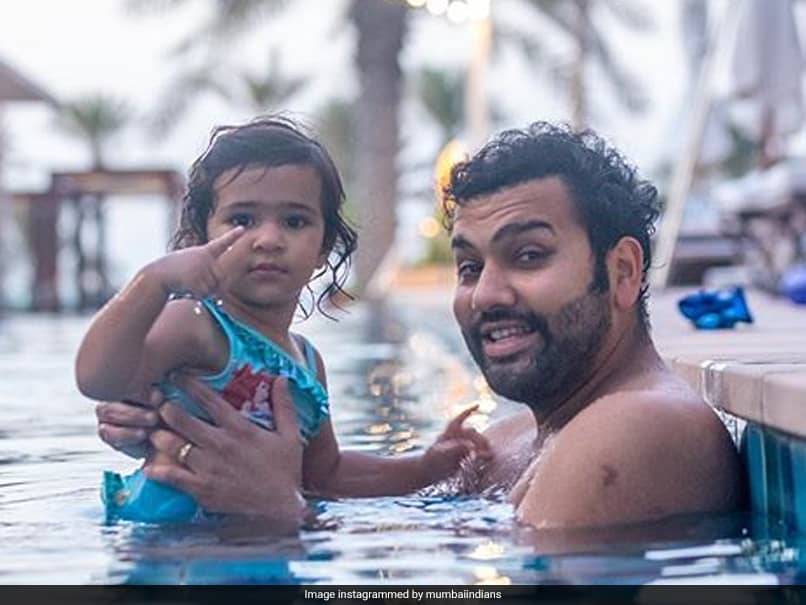 It's World Daughters Day on Sunday and Mumbai Indians (MI) posted pictures on social media showing the likes of Rohit Sharma, Kieron Pollard, Aditya Tare and Dhawal Kulkarni posing with their daughters. Rohit is seen chilling out in the pool with his daughter Samaira while Kulkarni's baby girl is sat on his lap as the two enjoy their time in the Mumbai Indians team room. Tare and Pollard are also seen smiling for the camera along with their daughters. MI have played two games in the Indian Premier League (IPL) 2020 so far. They lost to Chennai Super Kings (CSK) in their IPL opener but came back strongly to beat Kolkata Knight Riders (KKR) in their second outing.

Rohit hit some form against KKR when he played the anchor in the first innings, hitting 80 off 54 balls to help MI post 195/5 in Abu Dhabi last Wednesday.

KKR were restricted to 146/9 as the MI bowlers dominated a strong KKR batting line-up to give their side a 49-run victory.

Pollard scored 13 off 7 to give the innings the finishing touches and also picked up a wicket, returning 1/21 from three overs.

MI next face Royal Challengers Bangalore (RCB) on Monday in Dubai. RCB begun their season well with a win over SunRisers Hyderabad but slipped against Kings XI Punjab, losing by a huge margin of 97 runs.

On Monday, captain Rohit Sharma and ace pacer Jasprit Bumrah would come up against their India teammates Virat Kohli and Yuzvendra Chahal.

Royal Challengers Bangalore IPL 2020 Cricket
Get the latest updates on IPL 2020, check out the IPL Schedule for 2020 and Indian Premier League (IPL) Cricket live score . Like us on Facebook or follow us on Twitter for more sports updates. You can also download the NDTV Cricket app for Android or iOS.