IPL 2020, KKR vs SRH: Eoin Morgan said that Shubman Gill is very pleasing to watch on the eye and he would love to bat with him once again. 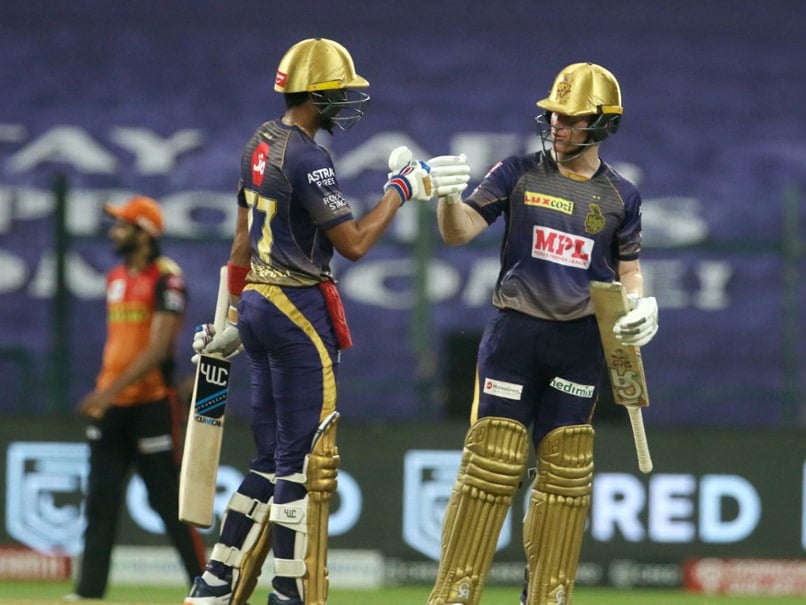 Kolkata Knight Riders (KKR) middle-order batsman Eoin Morgan has said that Shubman Gillis very pleasing to watch on the eye and the opening batsman deserves all the success. His remark came as KKR defeated SunRisers Hyderabad by seven wickets at the Sheikh Zayed Stadium in Abu Dhabi on Saturday. The Dinesh Karthik-led side chased down a total of 143 with 12 balls to spare. For KKR, Gill and Eoin Morgan remained unbeaten on 70 and 42 respectively.

Both Morgan and Gill got together at the crease when KKR were at 53/3, but the duo stitched an unbeaten stand of 92 runs to take the side over the line.

"Nice feeling to get a win under our belt. It's a long tournament, but obviously, this win helps us get some momentum and confidence going. We were a bit rusty in our last game against MI, but we won this match with our bowlers, they did a great job restricting a very strong Sunrisers batting line-up. The wickets of Bairstow and Warner at the top put us in a good position. They put them on the back-foot and we knew we didn't have to put ourselves under pressure in the chase," Morgan told host broadcaster Star Sports after the match.

"I didn't have to tell him (Gill) a great deal, to be honest, he's beautiful to watch on the eye, good bat swing, very languid style, magnificent to watch, he's good kid, very hungry to learn and I would love to bat with him once again. I think he deserves all the success. The pitches have been a bit different, you can't be fixated by one pitch, but with the nature of the heat, it should change considerably as the tournament wears on. You should take each game as it comes and try to adapt, stick to your game plan, and hopefully, it works," he added.

KKR restricted SunRisers to just 142/4 in the allotted twenty overs as all the bowlers displayed clinical performances. Pat Cummins was the standout bowler for KKR as he ended with figures of 1/19 from his quota of four overs and also managed to bag the wicket of Jonny Bairstow.

Cummins had a poor outing against Mumbai Indians as he conceded more than 50 runs in his four overs, but he was able to bounce back against Hyderabad.

KKR have played two matches in this year's IPL, winning and losing one each. They will next face Rajasthan Royals on September 30.

Sheikh Zayed Stadium, Abu Dhabi IPL 2020 Cricket Kolkata Knight Riders vs Sunrisers Hyderabad, Match 8
Get the latest updates on ICC T20 Worldcup 2022 and CWG 2022 check out the Schedule, Live Score and Medals Tally. Like us on Facebook or follow us on Twitter for more sports updates. You can also download the NDTV Cricket app for Android or iOS.