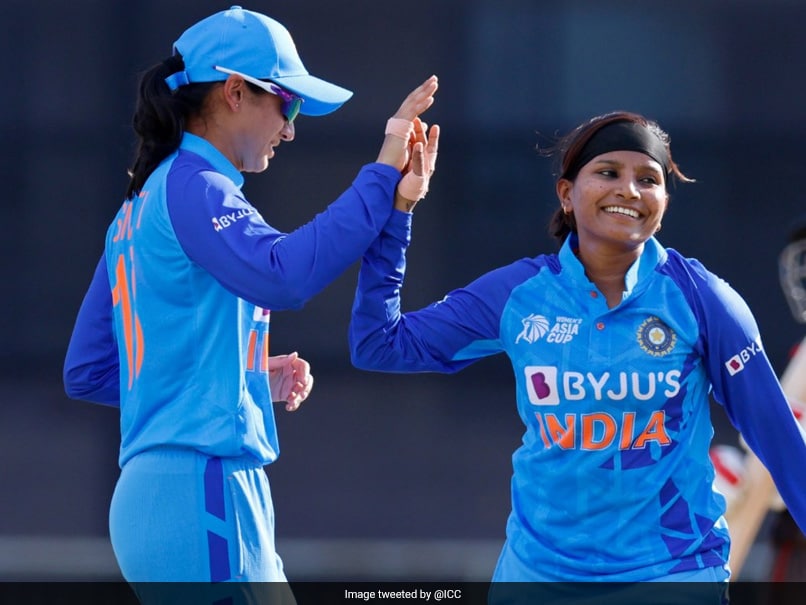 India Women vs UAE Women Highlights: India Women defeated United Arab Emirates Women by 104 runs in the round-robin clash between the sides in the Women's Asia Cup 2022 on Tuesday. Chasing a big target of 179 in Sylhet, UAE were never in the game as they got off to a poor start -- 5 for 3 in 1.5 overs. India kept the noose tightened and restricted UAE to 74 fof 4 in 20 overs. The winning team had themselves got off to a horror start with the bat as they lost three wickets for 19 runs, but a 129-run partnership between Jemimah Rodrigues and Deepti Sharma took them to a strong total of 178 for 5. Rodrigues finished unbeaten on 75 off 45 deliveries, while Deepti made 64 off 49. (SCORECARD)

Here are the Highlights of the Women's Asia Cup 2022 match between India and UAE straight from the Sylhet International Cricket Stadium, Academy Ground