CA interim chairman Earl Eddings had said the board had determined that it is not appropriate to make any changes to the sanctions handed down to the three players. 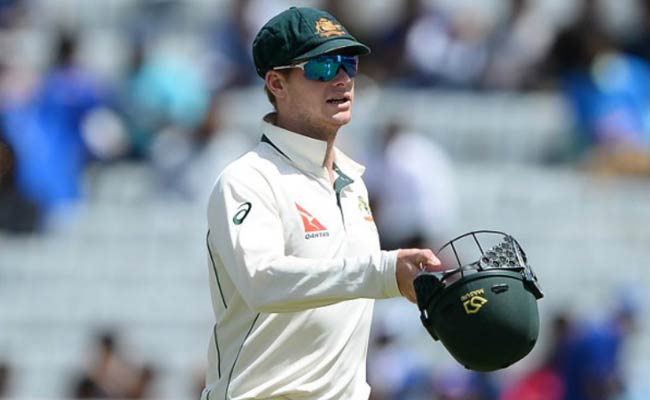 Earlier this week, Cricket Australia (CA) refused to reduce the bans handed down to Steve Smith, David Warner and Cameron Bancroft for their role in the Cape Town ball-tampering scandal. In the wake of the decision by the CA, Australian pacer Pat Cummins on Friday said that the former Australian captain Steve Smith is "disappointed" after the national board did not reduce the one-year ban. "I think he's pretty disappointed. I think he was hopeful of that getting lifted. But to be honest I think he's just over it - all the speculation and talk. He's just over it. He wants to play some cricket," cricket.com.au quoted Cummins as saying.

However, Cummins said that Smith now wants to focus only on cricket.

"There's some good T20 competitions around the world coming up that hopefully he'll go and play. I think he's sick of all the talk. He said he's in a really good place," he said.

"He's happy, he's playing - obviously he'd love to be playing the Tests and everything else coming up. But he's just ready to get over it," he added.

CA interim chairman Earl Eddings had said the board had "determined that it is not appropriate to make any changes to the sanctions handed down to the three players".

There has been pressure on the governing body to reinstate the players amid a recent poor run of results.

The scandal, which rocked the sport, had far-reaching consequences in Australia with a clean-out of top executives from CA after a scathing review blamed its culture as partly contributing to players bending the rules.