Rohit Sharma is only two sixes short of creating history in T20Is. 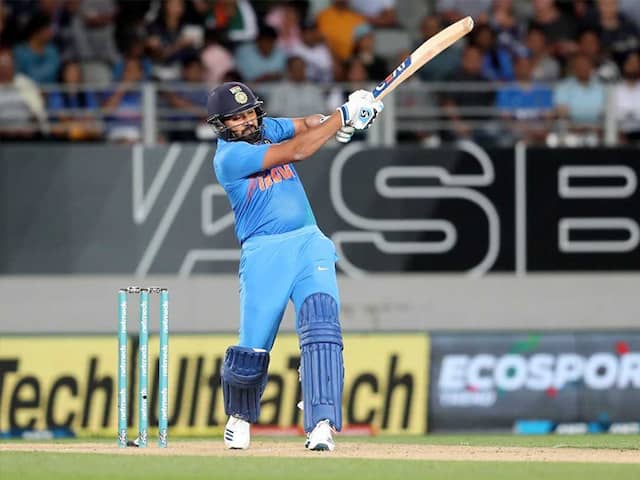 Rohit Sharma will carry onus of the batting department against Australia.© AFP

Rohit Sharma, the vice-captain of the Indian limited-overs team, will carry onus of the batting department when the hosts face Australia in the first of the two-match Twenty20 International (T20I) series on Sunday. The 31-year-old will also have a chance to create history in the shortest format of the game as he can record the most number of sixes in T20Is. Rohit Sharma (102) is only two short of creating this record which can see him surpass New Zealand's Martin Guptill (103) and Windies' Chris Gayle (103).

Interestingly, Rohit, Guptill and Gayle are the only three batsmen who have hit more than 100 sixes in the shortest format.

Yuvraj Singh (74) is the only other Indian batsman in the top 10 list of most sixes hitter.

Rohit was in decent form in the T20I series against New Zealand, notching up the scores of 50 and 38.

Rohit, who leads the Mumbai Indians in the Indian Premier League, has an experience of playing 93 T20Is under his belt. He has scored 2,326 in this format with an average of 32.76.

The Mumbai-batsman also has a brilliant strike rate of 138.04 and has proved to be a match-winner for the national team on plenty of occasions.

India will host Australia for the T20I series in Visakhapatnam and Bengaluru respectively. The two teams will later face-off in five-match One-day International (ODI) series, starting on March 2 in Hyderabad.