"No One Can Compete With Him": David Warner Congratulates Virat Kohli On Winning Player Of The Decade Award

After Virat Kohli was named ICC men's cricketer of the decade, Australian opener David Warner took to Instagram to share a funny face-swap video of himself, with his face superimposed on the Indian skipper's face. 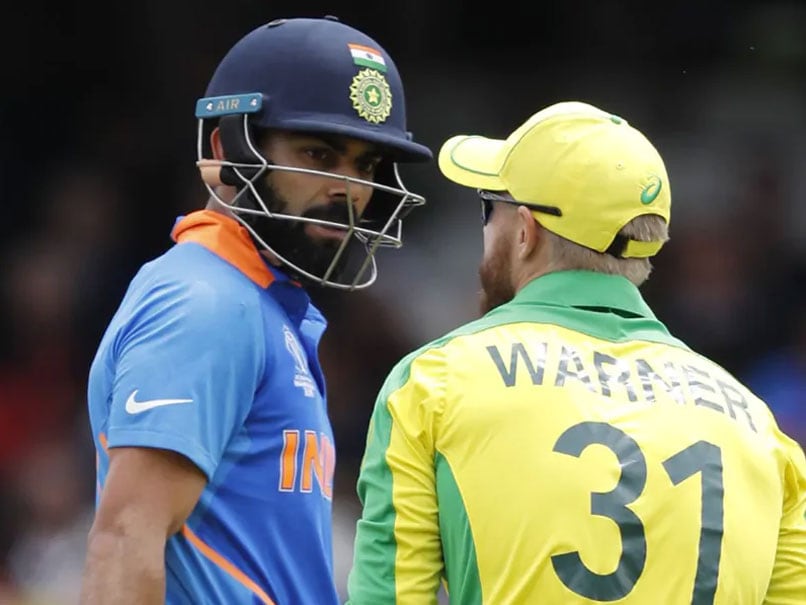 Indian skipper Virat Kohliruled the show in the first-ever ICC Awards of the Decade winning two prestigious honours in a virtual ceremony on Monday. Kohli, who has been prolific run-scorer for the Indian team in the 50-over format in last 10 years, won the men's ODI Player of the Decade award and the Sir Garfield Sobers Award for ICC Men's Cricketer of the Decade. After Kohli won the awards, Australian opener David Warnertook to Instagram to share a funny face-swap video of himself, with his face superimposed on the Indian skipper's face. Keeping the fun aside, Warner congratulated Kohli on winning the two "well-deserved" awards.

"No one will guess this player of the decade @virat.kohli #congrats #funny #faceswap #seriousplayer #gun #welldeserved," Warned wrote on Instagram.

Within no time, the post became viral receiving over 10 lakh views in less than an hour and the fans flooded the post with their replies. When a follower asked Warner if he was unhappy that he didn't win any of the awards, the explosive opener said: "No one can compete with him". 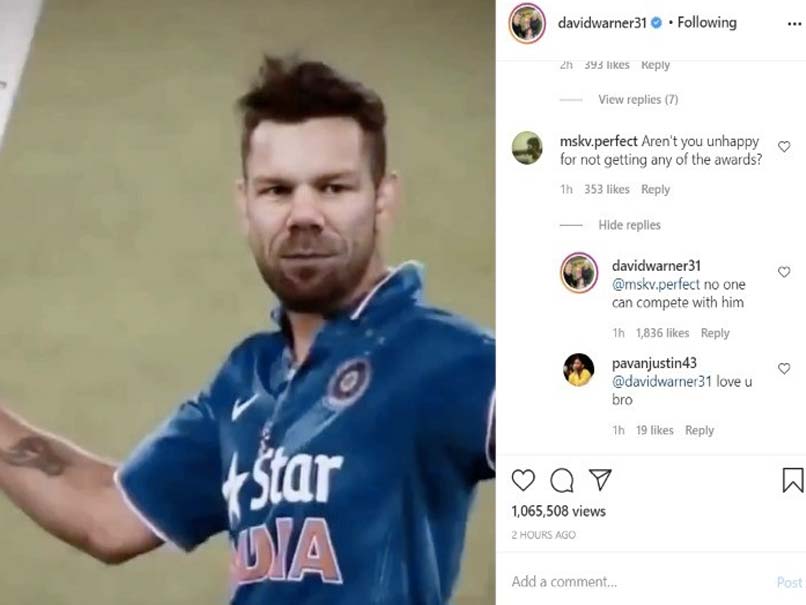 Replying to a comment on his post, Warner said "I had to do this one he's best of our era." 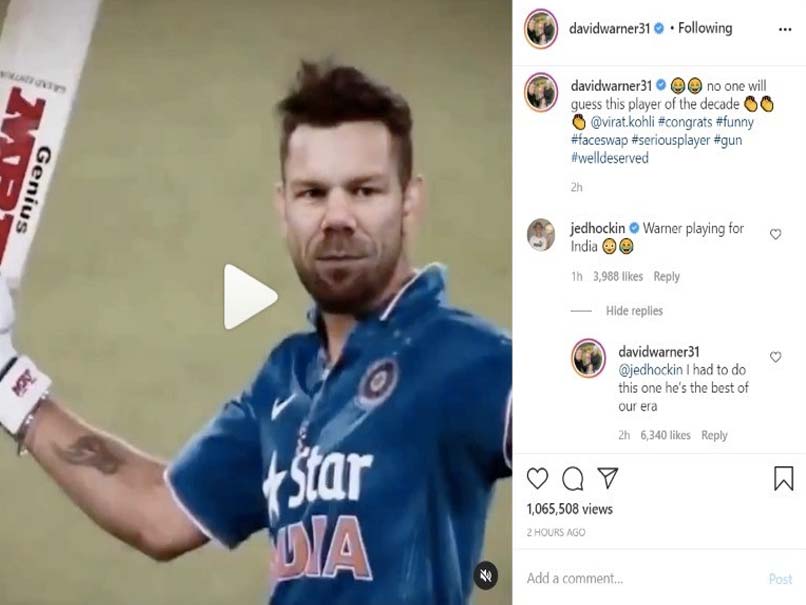 Warner described Kohli as the best batsman of his era
Photo Credit: Instagram

David Warner International Cricket Council Cricket
Get the latest updates on India vs South Africa and check out  Schedule, Results and Live Score. Like us on Facebook or follow us on Twitter for more sports updates. You can also download the NDTV Cricket app for Android or iOS.