Sachin Tendulkar on Friday urged two-wheeler riders to wear helmets whenever they are commuting. 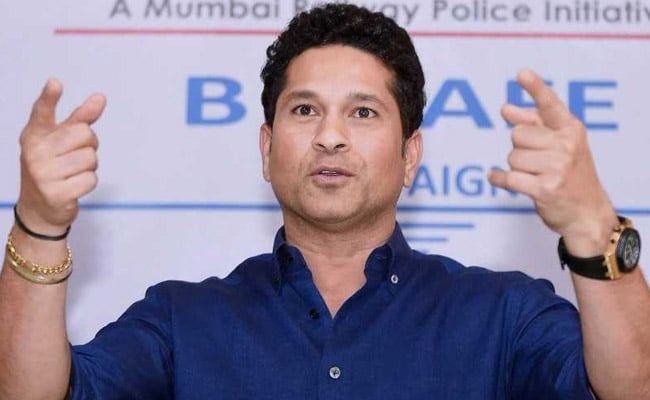 Cricket legend Sachin Tendulkar has been a leader both on and off the cricket field. He has been actively involved in social causes and has been a crusader for the same. In September, he actively took part in the Swachhata hi Seva cleanliness drive.

Tendulkar on Friday urged two-wheeler riders to wear helmets whenever they are commuting. The former cricketer took to Twitter to spread the message to the riders.

In the video, a couple of bikers without helmets look on stunned as Tendulkar calls on them to follow the rules. The Master Blaster also asks another man and his wife to strap on helmets for their own safety in the video.

He is seen requesting the fellow two-wheeler drivers and their pillion riders to wear a helmet at all times to remain safe.

Earlier in April this year, he had posted a similar video telling bikers to not drive without helmets.

Tendulkarhas also become extremely active on social media since his retirement from active cricket. He has taken to Twitter and Instagram to post pictures and messages, ranging from social causes to encouraging sportspersons.

The veteran had congratulated Kidambi Srikanth for his back-to-back Super Series titles and had recently also wished VVS Laxman and Shah Rukh Khan on their birthdays.

Comments
Topics mentioned in this article
Sachin Tendulkar Cricket
Get the latest updates on ICC T20 Worldcup 2022 and CWG 2022 check out the Schedule, Live Score and Medals Tally. Like us on Facebook or follow us on Twitter for more sports updates. You can also download the NDTV Cricket app for Android or iOS.