"Mom And Dad Didn't Know": Hardik Pandya On His Engagement To Natasa Stankovic

Hardik Pandya opened up about his relationship with Natasa Stankovic in his recent interview. 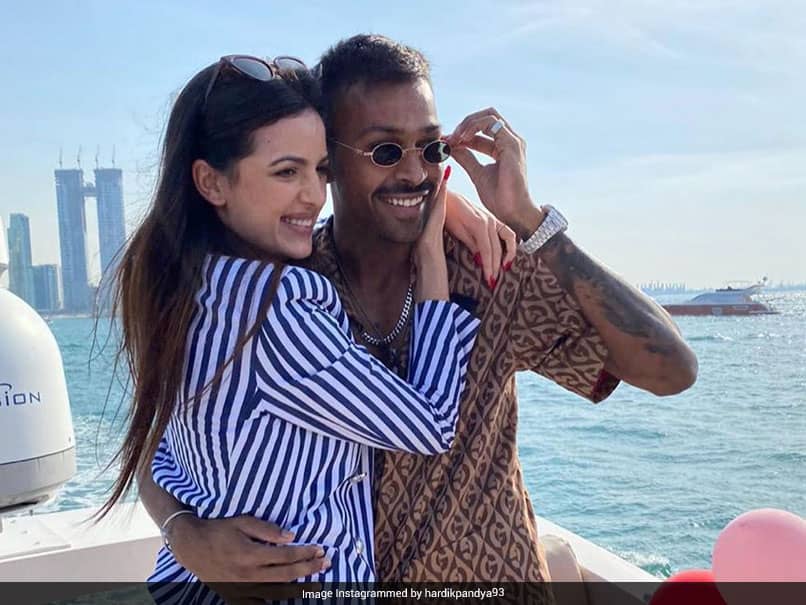 Hardik Pandya, who recently announced that he and Natasa Stankovic are expecting a baby, opened up about his relationship with fiancee. Hardik Pandya was talking to Harsha Bhogle on a show for Cricbuzz and the all-rounder revealed that even his parents were not aware about him getting engaged. "Mom and dad didn't know, even Krunal only got to know two days before when I told him I'm thinking this (getting engaged) I said I had enough in my life," Hardik Pandya said.

"Someone who I have found, who I actually love and I think I'm learning and I'm becoming a better man. I'm trying to go beyond myself. I'm keeping myself aside and keeping someone as priority," Hardik added.

Further spilling the beans on his relationship, the 26-year-old said that when he met Natasa, she had no idea about who he was.

"She had no idea about who I was. I got her by talking," Hardik mentioned.

Hardik on Sunday took to Instagram to share a series of photos with his fans announcing the news of a new addition to their family.

"Natasa and I have had a great journey together and it is just about to get better," Hardik captioned the photos.

"Together we are excited to welcome a new life into our lives very soon. We're thrilled for this new phase of our life and seek your blessings and wishes," he added.

Hardik Pandya Krunal Pandya Cricket
Get the latest updates on India vs England Series, India vs England , live score and IPL 2021 Auction . Like us on Facebook or follow us on Twitter for more sports updates. You can also download the NDTV Cricket app for Android or iOS.