Australian umpire Simon Taufel came in support of Hardik Pandya and KL Rahul, cautioning that the issue should be handled carefully. 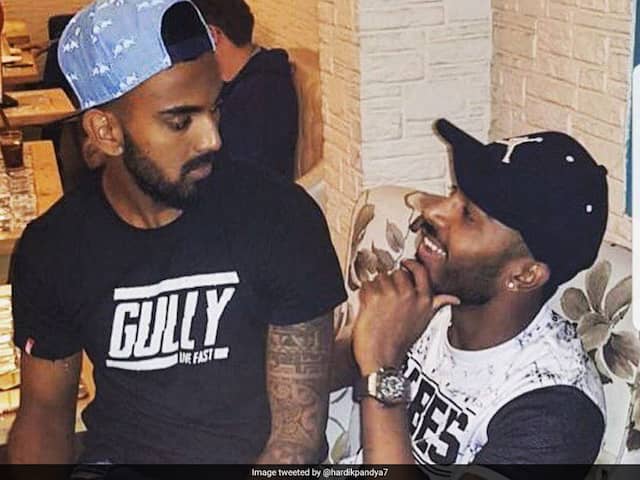 The BCCI has set up an inquiry against Hardik Pandya and KL Rahul.© Instagram

Hardik Pandya and KL Rahul have received support from retired Australian umpire Simon Taufel, who believes that everyone makes mistake and the issue should be handled with care. Indian cricketers Pandya and Rahul were heavily criticised for making "misogynistic" comments about women on a popular TV chat show recently. The Board of Control for Cricket in India (BCCI) suspended the duo and asked them to return home midway from the ongoing Australia tour to face an inquiry.

"I knew this question was going to come up. Look what I would say in every team and in every business and every sport, is that good people make a good team. And that we all make mistakes from time to time. We all learn as we go," Taufel, 47, told reporters in Kolkata on Monday.

"Although, I didn't see the show, I have read little bit of press about some of the complaints. I have made plenty of mistakes in my career and I have learnt along the way.

Considering the duo's career ahead, Taufel cautioned that the issue should be handled carefully and hoped that they would learn from their mistakes and become better persons.

"So I think we really need to be careful about being overly critical. People do make mistakes but if we learn from those and we are genuine about wanting to do better, and commit to doing better then that's a good thing," he said.

"These players have got their careers to get through like you make a mistake in the first ball but you still got the day to get through.

Taufel, who stood in 74 Tests, beginning at the young age of 29, also lavished praise on Virat Kohli, while singling out an innings in the 2012 CB series against Sri Lanka in Hobart where the Indian captain made an unbeaten 133.

"Every shot in the innings was in the middle of the bat. He was almost faultless," said Taufel, who also stood in 174 ODIs and 34 T20Is.

Taufel added that Kohli has now found out how to bring the best out of him and he is now comfortable in being who he is.

"Virat's now finding or has found what it takes to be a good leader. He grew up idolising Sachin Tendulkar and under the captaincy of Mahendra Singh Dhoni.

"They have had a huge impact on his career. But Virat Kohli is his own man. He has found out what it takes to be the best Virat Kohli he can be," he added.

Lokesh Rahul Hardik Pandya Cricket Australia vs India 2018/19
Get the latest Cricket news, check out the India cricket schedule, Cricket live score . Like us on Facebook or follow us on Twitter for more sports updates. You can also download the NDTV Cricket app for Android or iOS.