Last week, Diana Edulji had warned CoA chief Vinod Rai of any "cover up" in the Hardik Pandya-KL Rahul inquiry. 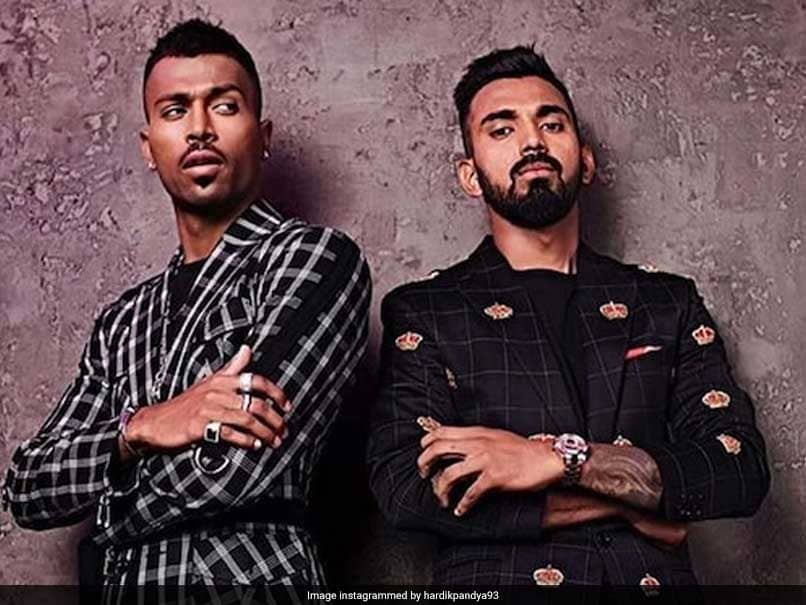 Hardik Pandya and KL Rahul have been, as of now, suspended from cricket.© Instagram/hardikpandya93

The war of words between Board of Control for Cricket in India (BCCI) Committee of Administrators comprising Diana Edulji and Vinod Rai has taken a turn for the worse. Their sparring, over the KL Rahul and Hardik Pandya inquiry, has now come to such a pass that the BCCI members have called for a Special General Meeting (SGM) to appoint an Ombudsman, primarily because Edulji and Rai refuse to be on the same page. The SGM is supposedly an outcome of Diana Edulji raising questions over Vinod Rai's partial reliance on the new BCCI constitution. However, Rai, in an e-mail to Diana Edulji, which was exclusively accessed by NDTV, has made himself clear that he doesn't wish to partake in any process that goes against the Supreme Court order. The SGM meeting is scheduled for January 17.

"In my view, the CoA is duty bound to follow the new constitution and what you are suggesting is neither in consonance with the constitution nor is it as per the legal advice received. It cannot be the case that we follow legal advice only when we consider it, "justifiable". I can't be party to this decision and process. In the circumstances, please go ahead with your suggestion. You and AS (acting secretary) please conduct the inquiry. I cannot be a party to such an inquiry as I will not go against a Supreme Court direction/constitution.

"Also please note that since you do not want to follow the suggestion of legal to have an 'ad hoc ombudsman your suggestion runs the risk of your committee being 'judge, jury and executioner'. Please go ahead and take it forward. I will keep away and leave it to you," Rai wrote.

Replying to Rai's mail, Edulji wrote, "CoA can't be duty bound in selected matters and that's what I have been highlighting all through, that we should act as per the rules and regulations being the new constitution at all times. Your point of not going against a Supreme Court Direction / Constitution is what I have been time and again warning about as you have acted against the Supreme Court Direction/Constitution in the matter of Women's team Head Coach where a committee was appointed inspite of CAC being there and also in the case of sexual harassment matter of Rahul Johri, you unilaterally appointed the independent committee which is not as per the Constitution and I had opposed for that also. Your point of “your committee being 'judge, jury and executioner” is exactly what you followed and did in the sexual harassment case, which I had opposed and you took the decisions unilaterally.

"My point of having a legal view in players matter was only to take a informed and correct decision. As there is no provision for appointment of an ad hoc ombudsman as per the new Constitution we cannot go ahead with that. As the SC hearing is scheduled for 17th Jan, let the court be informed about this situation and let an Ombudsman be appointed by the court instead of taking a wrong step of appointing the ad hoc ombudsman, which is not as per the new constitution."

Last week, Edulji had warned the CoA chief of any "cover up" in the Hardik Pandya-KL Rahul inquiry. According to news agency PTI, Vinod Rai in his reply wrote that conducting an inquiry was "not a desire to cover up''.

"Please be assured that the desire to conduct the inquiry is not a desire to "cover up". The interest of cricket in India has to be kept in mind. The off the ground act of the players was deplorable. It was crass as I said immediately after reading the comments," Rai wrote in an e-mail to Edulji.

"It is our responsibility to reprimand them, take corrective action, sensitise them of their misdemeanour and then get them back on to the ground once they have suffered the consequences," he said.

"Yes, Hardik and Rahul have submitted their reply to the fresh showcause notices that were served to them. They have tendered unconditional apology. The CoA chief has instructed the CEO to conduct an inquiry as per clause 41 (c) of the new BCCI constitution," a senior BCCI official told PTI on conditions of anonymity.

Hardik Pandya and KL Rahul had appeared on TV show Koffee with Karan, where the all-rounder had made controversial comments about women, eventually kicking up a social media storm. Pandya later apologised on social media, after which the BCCI suspended the duo from cricket.

(With inputs from Rica Roy and PTI)

Lokesh Rahul Diana Edulji Vinod Rai
Get the latest updates on India vs Australia Series, check out the India vs Australia Schedule for 2020-21 and Ind vs Aus live score . Like us on Facebook or follow us on Twitter for more sports updates. You can also download the NDTV Cricket app for Android or iOS.