WV Raman's appointment was made despite the CoA being divided on the issue with Diana Edulji asking Vinod Rai to put the selection process on hold. 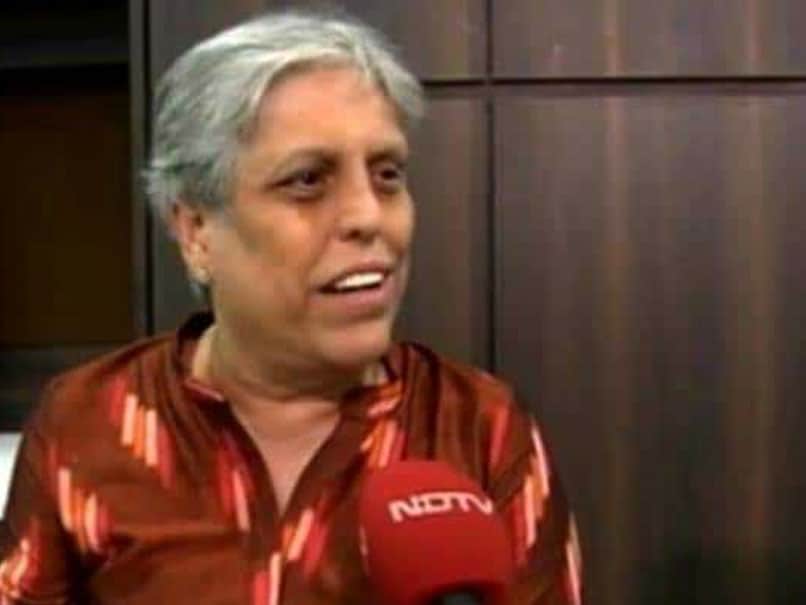 WV Raman was on Thursday preferred over celebrated South African Gary Kirsten for the post of India's women's cricket coach amid a bitter war of words among the administrators over the selection process. Now the entire matter has taken a turn for the worse as Committee of Administrators (CoA) member Diana Edulji has slammed CoA chief Vinod Rai for resorting to an "unconstitutional and illegal" way of appointing WV Raman as the India women's cricket team coach.

"Your unilateral decision of appointing the ad hoc committee is not only unconstitutional but also illegal," Edulji stated in her email to Rai, which is in PTI's possession. The 53-year-old Raman is currently a batting consultant at the National Cricket Academy in Bengaluru.

WV Raman's appointment wasmade despite the Committee of Administrators (COA) being divided on the issue with Edulji asking chairman Rai to put the selection process on hold. BCCI treasurer Anirudh Chaudhry too questioned the process being followed as it had Rai's approval and not Edulji's.
However, Rai said that the appointment of coach was a must before the tour of New Zealand. "It will be very unfair to leave the women's team in limbo — without a coach when they are to embark on a foreign tour. We have had the benefit of a very distinguished panel of selectors who have interviewed very qualified applicants," he said.

Raman, who played 11 Tests and 27 ODIs, is now one of the most qualified coaches in the country. He has coached big Ranji Trophy teams such as Tamil Nadu and Bengal, and has also had a stint with the India U-19 team. From his playing days, Raman is best remembered for being the first Indian to score a century in South Africa during the 1992-93 tour.

Besides Kirsten, Raman and Prasad, the other shortlisted candidates out of the 28 applicants who were interviewed were Manoj Prabhakar, Trent Johnston, Dimitri Mascarenhas, Brad Hogg and Kalpana Venkatachar.

Kirsten was interviewed via Skype with four others while one interview was conducted over the phone. Raman, Manoj Prabhakar and incumbent Ramesh Powar appeared in person. Kirsten, who had guided India's men's team to the 2011 World Cup triumph, was the number one choice but needed to step down from his RCB role to avoid a potential conflict of interest. BCCI CEO Rahul Johri even spoke to Kirsten and RCB officials but could not reach an agreement.

"Gary's contention was how can coaching a women's national team be a conflict of interest while being in charge of a men's IPL team. He could not be convinced on that.  Having said that, Raman is a good choice as the team needs a batting coach at the moment. Prasad was number three in the pecking order," said the BCCI official.    The ad-hoc panel too made it clear to Kirsten that he would have to part ways with RCB to take up the national team role.

"Practically, there is no conflict of interest but if you go by the book, it would have opened pandora's box. Tomorrow, Ravi Shastri (India men's coach) would demand that he be allowed to do IPL commentary and Rahul Dravid (India A coach) might request that he should be allowed to mentor an IPL franchise," the official added.

Kirsten had been head coachof the Indian team for three years from 2008 to 2011. He then coached South Africa from 2011 to 2013. He is currently the RCB head coach in the Indian Premier League.    The BCCI invited fresh applications for the job after Powar's brief stint as interim coach ended last month, in rather controversial circumstances. The Supreme Court-appointed COA has been divided over the coach selection process ever since fresh applications were invited.

While Edulji wanted Powar to continue at least till the New Zealand tour starting next month, Rai instructed the BCCI top brass to invite fresh applications. Powar's controversial interim tenure ended on November 30 after a bitter fallout with ODI captain and senior player Mithali Raj over selection issues during the World Cup.

India Women Cricket BCCI Diana Edulji Vinod Rai
Get the latest updates on Fifa Worldcup 2022 and check out  Fifa World Cup Schedule, Stats and Live Cricket Score. Like us on Facebook or follow us on Twitter for more sports updates. You can also download the NDTV Cricket app for Android or iOS.