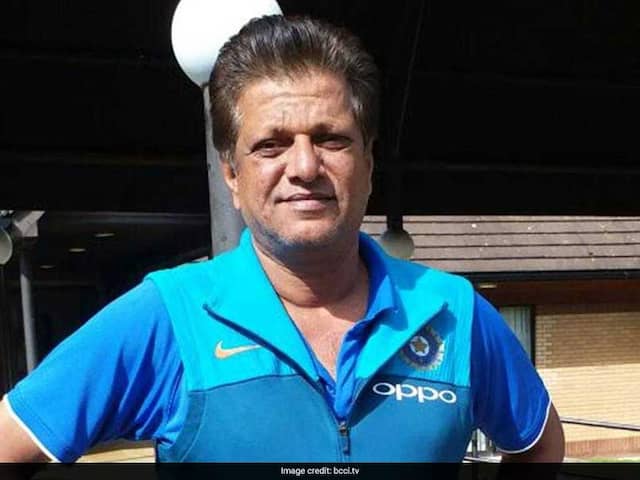 WV Raman is currently a batting consultant at the National Cricket Academy in Bengaluru.© BCCI

Former India opener WV Raman has been appointed the coach of Indian women's cricket team, news agency PTI reported on Thursday quoting a source in the Board of Control for Cricket in India (BCCI). "Kirsten was the top choice for the BCCI ad-hoc selection committee but Raman got the job as the South African was not keen on giving up his plum job with IPL franchise Royal Challengers Bangalore," the official said. This announcement comes in the backdrop of BCCI treasurer Anirudh Chaudhry criticising Committee of Administrators (CoA) chairman Vinod Rai in a letter, saying that it was inappropriate to select India women's cricket team coach since a Supreme Court hearing was scheduled for January 17.

CoA member Diana Edulji had also written to Rai, asking him to put the interview process on hold.

However, the ad-hoc committee formed by the BCCI, comprising Kapil Dev, Anshuman Gaekwad and Shantha Rangaswamy, had interviewed as many as 28 applicants and shortlisted eight candidates in Mumbai.

"Would it not be appropriate to wait till the 17th of January, ie; the next date of hearing before the SC and keep the present matter of coach selection in abeyance till then and have either (Ramesh) Powar continue or have someone else take charge till then?" Chaudhry wrote in his letter.

"It would avoid unnecessary legal issues and unwanted controversy," he added.

Chaudhry said the BCCI cannot approve an appointment in the current situation.

Edulji, a former India captain, wrote to Rai on Thursday morning, asking him to put the interview process on hold, but the ex-Comptroller and Auditor General of India gave the go ahead after taking former Supreme Court judge BM Srikrishna's opinion on the legality of the move.

Chaudhry felt Edulji was being circumvented by Rai's decision.

"The email sent by Diana Edulji, member of the CoA, which was copied to the office bearers as well, has touched upon some very fundamental issues. It has given us an unprecedented insight in to the working of the CoA, the professional management and the legal team of the BCCI," Chaudhry wrote.

"I regret to state that it does not paint a rosy picture about the state of affairs with regard to the administration of BCCI. To put it mildly, the decision making seems irregular, the outcome of which may prove to be illegal.

"The execution, blind or otherwise, of those decisions casts serious doubts on either the intention or the competence of those who execute it."

India Women BCCI
Get the latest Cricket news, check out the India cricket schedule, Cricket live score . Like us on Facebook or follow us on Twitter for more sports updates. You can also download the NDTV Cricket app for Android or iOS.