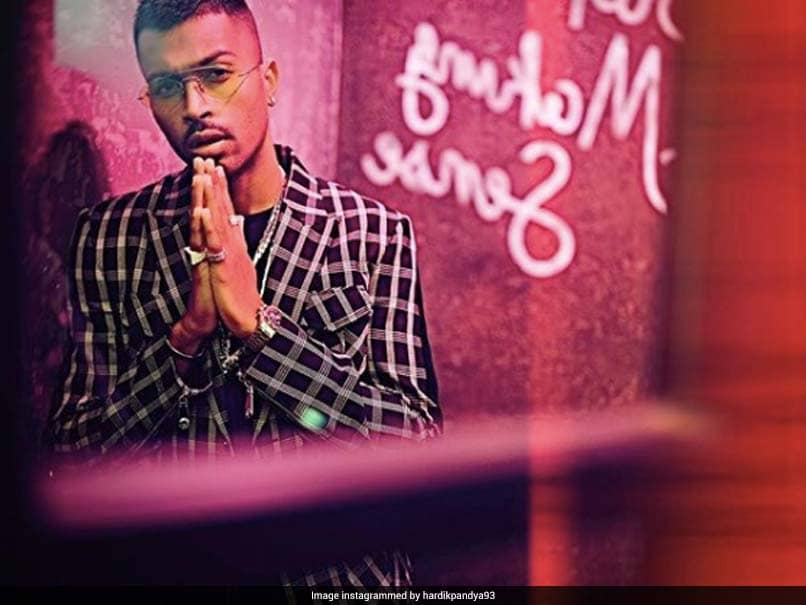 Hardik Pandya's comments on Koffee With Karan created quite a stir on social media.© Instagram/hardikpandya93

Hardik Pandya was recently in the eye of the storm for making misogynistic comments on popular TV show Koffee with Karan. Now the Indian all-rounder, who has just returned after injury, has taken to Instagram to apologise. On Wednesday, Pandya posted, "After reflecting on my comments on Koffee with Karan, I would like to apologise to everyone concerned who I may have hurt in any way. Honestly, I got a bit carried away with the nature of the show. In no way did I mean to disrespect or hurt anyone's sentiments. Respect."

Pandya had appeared on the coveted show and had narrated an incident where he was out partying with his parents. He revealed that he had told his parents about the women he had a "scene" with. "And I actually had to tell them. This one. This one. This one," he had said on Koffee with Karan.

He further spoke about how he bragged to his parents about losing his virginity. "Aaj mai kar ke aaya,” he had said.

Despite making a return to the India Test squad, Hardik Pandya didn't play a Test match against Australia. He was last in the news while partying in Sydney with his India teammates.

Indian batsman KL Rahul, who had a pathetic run in the Test series, took to Twitter to post images of a party that featured Virat Kohli, Hardik Pandya, Mayank Agarwal and fast bowler Ishant Sharma. The images are obviously taking social media by storm. India won their first Test series in Australia after the Sydney Test ended in a draw. The series ended 2-1.