Graeme Smith made his Test debut for South Africa in 2002 in Cape Town against Australia. 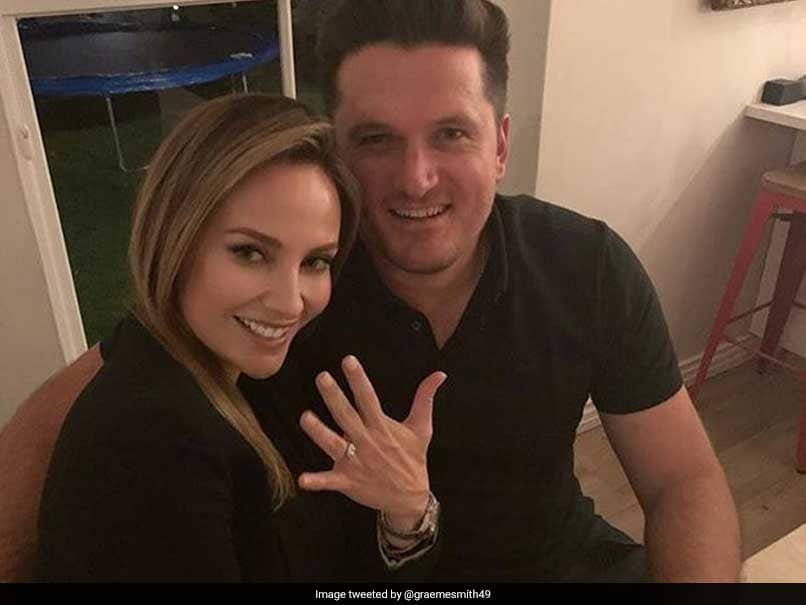 Former South African skipper Graeme Smith on Wednesday announced his engagement to girlfriend Romy Lanfranchi. The 37-year-old took to Instagram to announce his engagement with Romy as the latter posed with the engagement ring in the post. Soon after the announcement, wishes poured in from all quarters for the South African legend. Smith has been in a relationship with Romy since 2014 and they have a boy together whom they welcomed in December 2016. Smith was earlier married to Morgan Deane and has two children with the Irish pop star.

Earlier, this year, Smith had criticized Virat Kohli's captaincy during India's tour of South Africa. India suffered 1-2 defeat in the Test series and Smith had questioned his leadership quality saying that he did not see Kohli as a long-term captaincy option for India.

Smith, who retired from international cricket in March 2014, represented South Africa in all the three formats. Regarded as one of the most successful Proteas skipper, Smith played 117 Tests for the country.

The opener scored 9,265 runs in Tests for South Africa at an average of 48.25. The left-hander scored 27 centuries and 38 half-centuries in his Test career. Out of 117 Tests played, Smith captained the Proteas in 109 of the matches.

In the 50-over format, Smith represented South Africa in 197 matches scoring 6,989 runs at an average of 37.98. The left-hander had 10 centuries and 47 fifties to his name in One Day International (ODI) cricket.

The T20I format, Smith played 33 matches for South Africa managing 982 runs in the shortest format of the game.