Glenn Maxwell, who was mic'd up during a Big Bash League game, predicted where exactly Sam Harper will hit the next delivery. 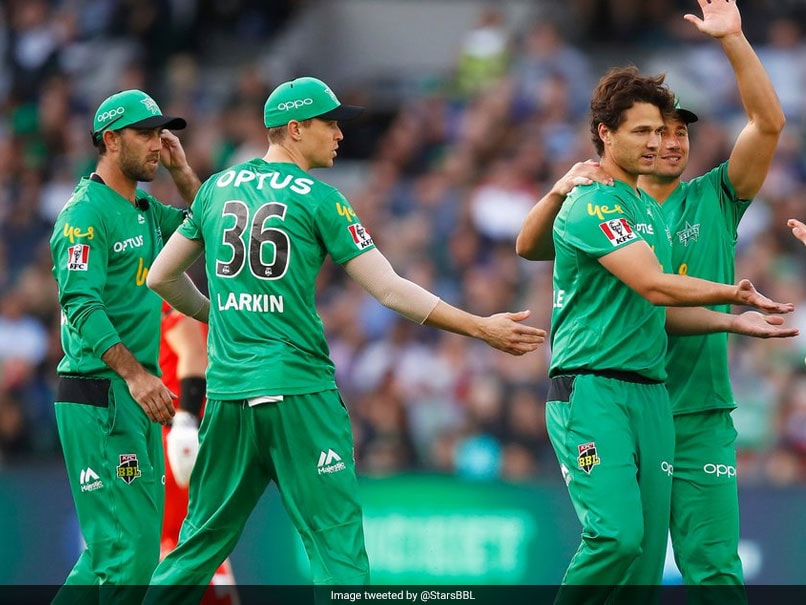 Glenn Maxwell, Melbourne Stars' captain in the ongoing Big Bash League (BBL) season, displayed his cricketing genius on the field in a match against Melbourne Renegades. In the second over of the Renegades' innings, Glenn Maxwell, who was mic'd up, told the commentators that Sam Harper will hit the next ball either to mid-off or mid-on. Harper came down the track on the very next delivery bowled by Nathan Coulter-Nile and hit it towards mid-on where Daniel Worrall completed a diving catch. Big Bash League's official Twitter handle posted a video of the dismissal while calling the Australia all-rounder a "cricketing genius". "We might get a catch at mid-off or mid-on @Gmaxi_32 is a cricketing genius #BBL09," the video was captioned.

"We might get a catch at mid-off or mid-on" @Gmaxi_32 is a cricketing genius #BBL09 pic.twitter.com/jkm2NLC9sG

Maxwell, who has scored 169 runs in six BBL matches, had told the commentators that he would want Coulter-Nile to bowl straight and that they might get a catch at mid-off or mid-on.

"Over the top of the stumps, really straight. He's going to walk around so I don't mind him giving himself some room because it is not very natural to him and it is a slow wicket. So we might get a catch at mid-off or mid-on," Maxwell said during the game.

In the match, Glenn Maxwell won the toss and chose to bowl at the Melbourne Cricket Ground.

Shaun Marsh, who scored 43 off 33 balls, was the only Renegades batsman who looked threatening with the bat as they posted a below-par total of 142 for nine from their quota of 20 overs.

In reply, Marcus Stoinis and Glenn Maxwell smashed Renegades' bowlers all over the park as the Stars chased down the target with seven balls to spare and eight wickets in hand.

Nathan Coulter-Nile Cricket
Get the latest updates on India vs Australia and check out  Schedule, Results and Live Score. Like us on Facebook or follow us on Twitter for more sports updates. You can also download the NDTV Cricket app for Android or iOS.