Marcus Stoinis was found guilty of breaching Cricket Australia's code of conduct during the BBL game between Melbourne Stars and Melbourne Renegades. 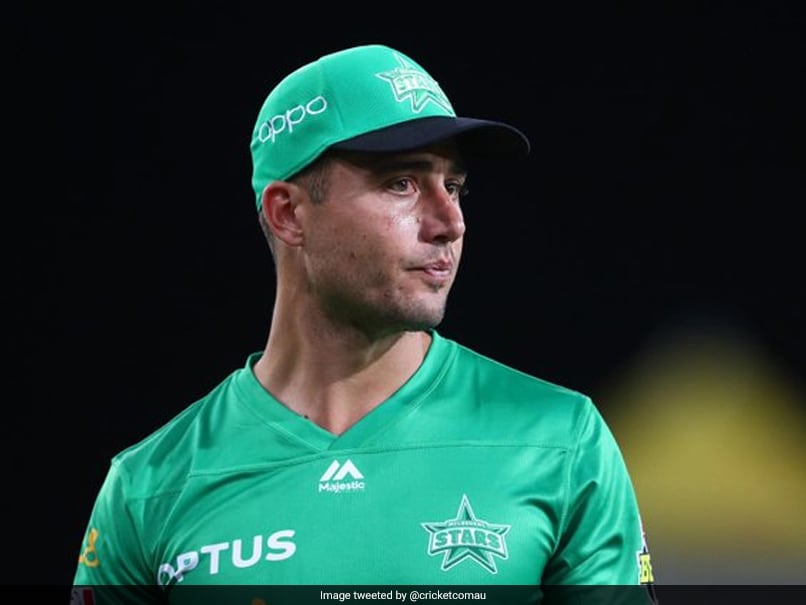 Marcus Stoinis accepted responsibility for his actions and apologised for his comments.© Twitter

Australian all-rounder Marcus Stoinis was Sunday slapped with a hefty fine after directing a homophobic slur at Kane Richardson during a domestic Twenty20 Big Bash League game. The Melbourne Stars player apologised after being found guilty of breaching Cricket Australia's code of conduct and penalised Aus$7,500 ($5,200). "I got caught in the moment and took it too far," Stoinis said of the incident during the clash with cross-town rivals Melbourne Renegades on Saturday. "I realised immediately I was in the wrong and I apologised to Kane and to the umpires."

"I did the wrong thing and accept responsibility for my actions. The standards are there for a reason and I accept the penalty."

The incident comes six weeks after fast bowler James Pattinson, currently playing for Australia in the third Test against New Zealand in Sydney, was banned for player abuse, also reportedly a homophobic slur.

His penalty -- a one-match suspension which ruled him out of the first Test against Pakistan -- was harsher as it was his third code of conduct breach in the past 18 months.

"The behaviour in this matter falls short of the standards we expect and we have acted accordingly," Sean Carroll, Cricket Australia's head of integrity and security said of the Stoinis fine.

He only referred to the matter as "personal abuse of a player", although the Cricket Australia website characterised it as a homophobic slur.

"There is no place for it in the game," added Carroll.

Kane Richardson Cricket
Get the latest updates on IND vs NZ 2021, check out the Schedule and Live Score . Like us on Facebook or follow us on Twitter for more sports updates. You can also download the NDTV Cricket app for Android or iOS.