After "yelling and swearing", Michael Slater locked himself in a toilet and refused to come out, with security called to remove him. 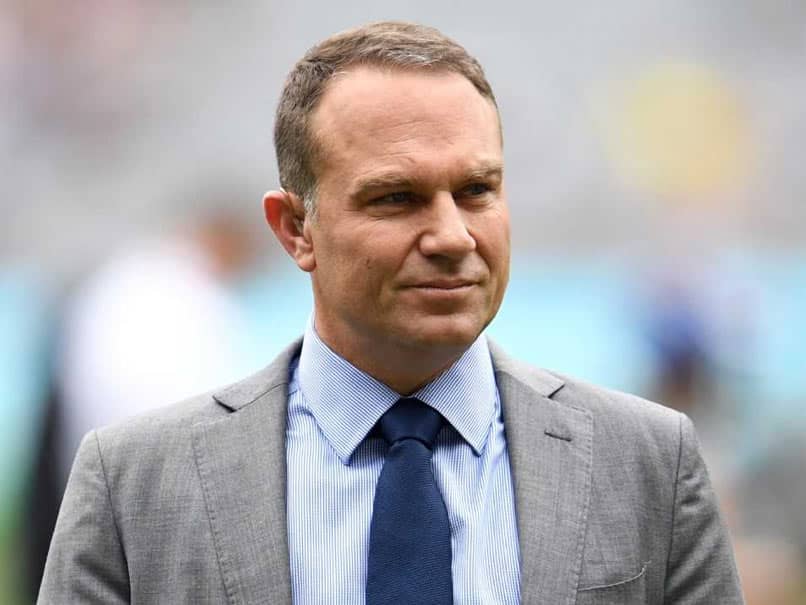 Michael Slater has apologised after being removed from a flight for "disruptive" behaviour.© AFP

Former Australian opening batsman Michael Slater was kicked off a plane after his heated argument with two friends delayed the flight for 30 minutes, a report said on Tuesday. Slater said he had been arguing with two friends on Sunday while boarding the Qantas flight from Sydney to Wagga Wagga, his hometown in New South Wales. After "yelling and swearing", Slater locked himself in a toilet and refused to come out, with security called to remove him.

Slater, now a well-known television commentator, who is due to commentate at the upcoming World Cup 2019 in England, confirmed the incident in a statement, according to Macquarie.

However, Slater has apologised after being removed from a flight for "disruptive" behaviour.

"I did have an argument with two friends whilst boarding a flight to Wagga and I apologise for the inconvenience this caused other passengers on the flight," he said.

The former cricketer was asked to leave the plane before take-off, Qantas said.

"Prior to departure on a Sydney to Wagga Wagga flight on Sunday, a male passenger was asked to leave the aircraft for being disruptive," it said in a statement to AFP.

"He complied with the crew's request."

The former batsman was part of the Australian cricket team from 1993 to 2001, and played 74 Tests before his retirement in 2004.

Australia Cricket Team Michael Slater Cricket
Get the latest updates on IPL 2021, IPL Points Table , IPL Schedule 2021 , live score . Like us on Facebook or follow us on Twitter for more sports updates. You can also download the NDTV Cricket app for Android or iOS.