Australia beat New Zealand by seven wickets on home turf to be crowned champions in 2015 and extend their record as the tournament's most successful team. 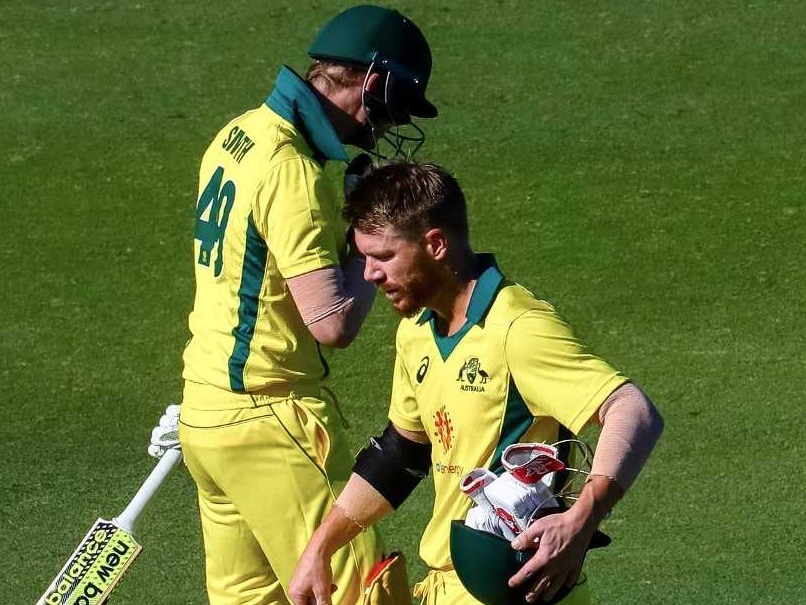 Steve Smith, David Warner returned from their bans and will be eager to let their bats do the talking.© AFP

Skipper Aaron Finch says a rejuvenated Australia are "pumped" ahead of their defence of the World Cup, with Steve Smith and David Warner returning from bans for ball-tampering and eager to let their bats do the talking. Australia beat New Zealand by seven wickets on home turf to be crowned champions in 2015 and extend their record as the tournament's most successful team. From the 11 World Cups played, they have won five and were losing finalists on two other occasions.

On paper it makes them among the favourites, and they head into their opening match against Afghanistan in Bristol on June 1 on a run of eight straight one-day wins, against India and Pakistan.

But it has been a rocky ride, with the "sandpapergate" scandal in South Africa last year rattling the team as they struggled to cope with the fallout and the hole left by one-year bans handed to their two leaders and best batsmen -- Smith and Warner.

The outlook was bleak after a string of poor results in the aftermath, but laid-back coach Justin Langer and the unassuming Finch have not only steadied the ship but emphatically turned it around.

And now they have potential game-changers Smith and Warner back, confidence is sky-high.

"I'm very excited," Finch said of the upcoming challenge. "The fact that everyone is together, everyone's getting on great, the boys are pumped... it literally is the time of your life -- a World Cup."

When Langer was appointed after Darren Lehmann stepped down after the ball-tampering affair, a key part of his brief was to torpedo the notorious win-at-all costs culture under then skipper Smith and his abrasive deputy Warner.

A buzzword of his now is "respect" and he took the team to the World War I battlefields of Gallipoli on the way to England to learn about "humility and perspective".

Their mettle will be put to the test at the World Cup and the following Ashes series, with a hostile reception expected from their arch-rival English fans, with Smith and Warner in the firing line.

Since returning to the Australian squad in recent weeks, Smith, 29, and 32-year-old Warner have kept a low profile, with all-rounder Glenn Maxwell saying they were "a little bit more reserved" in the dressing room, and were hungry to show what they could do on the pitch.

They have already shown a taste of what to expect. Warner was in prolific form at the Indian Premier League, while Smith stroked a masterful unbeaten 89 and then 91 not out in warm-up games against a New Zealand XI.

"He (Smith) will be exceptional at the World Cup," Lehmann told Macquarie Sports Radio.

"People are worried about the break they have had with 12 months out, but you see them in the IPL performing and making runs.

"David Warner is an excitement machine, at the top of the order he can set it alight. If he has a really good tournament... they'll be hard to stop."

The starting XI is firming up but the batting order remains in flux, with Langer yet to decide who will open, with Finch, Warner and Usman Khawaja all in the running.

Smith is expected to come in at three or four with Shaun Marsh and Maxwell making up the top order followed by all-rounder Marcus Stoinis.

The pace attack will almost certainly feature Pat Cummins, Mitchell Starc, Nathan Coulter-Nile and Jason Behrendorff, but questions remain as to whether Nathan Lyon or Adam Zampa will claim the spinner's spot.

David Warner World Cup 2019 Cricket
Get the latest updates on ICC T20 Worldcup 2022 and CWG 2022 check out the Schedule, Live Score and Medals Tally. Like us on Facebook or follow us on Twitter for more sports updates. You can also download the NDTV Cricket app for Android or iOS.