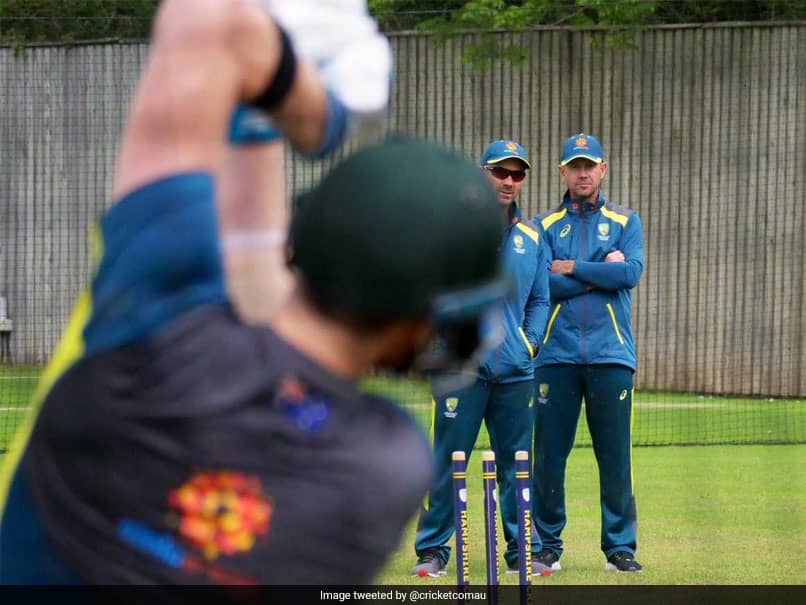 Ricky Ponting carries a huge stature in the cricketing world and he is the sort of a player that many youngsters look up to. Ricky Ponting had joined Australia's coaching staff as an assistant coach for the World Cup 2019 in February. His influence will play a major role on the Australian players and Aaron Finch believes his teammates want to impress the three-time World Cup winner. The Australian skipper, who has kept a close eye on his teammates, said they behave like eight-year-old girls running around Justin Bieber when Ricky Ponting is around them.

Finch, who will be leading the Australian side for the first time in ICC's flagship event, also said it looks embarrassing at times but it's great.

"The boys all want to impress 'Punter'," Finch said was quoted as saying by cricket.com.au.

"Everyone wants to impress Punter, you should see them - it's like eight-year-old girls around Justin Bieber when Punter's around the changeroom.

"It's embarrassing, but it's great," the skipper added.

Ponting, the three-time World Cup winner, joined the squad in Southampton on Monday. He also had a close look at the players' training in anticipation of defending their World Cup title.

Australia will begin to assess their squad better when they play their first warm-up match, slated to take place on May 25, against hosts England at the Rose Bowl in Southampton.

The Finch-led side will begin their title defence from June 1 against minnows Afghanistan at the County Ground in Bristol.

Aaron Finch Ricky Ponting World Cup 2019 Cricket
Get the latest updates on India vs Australia Series, check out the India vs Australia Schedule for 2020-21 and Ind vs Aus live score . Like us on Facebook or follow us on Twitter for more sports updates. You can also download the NDTV Cricket app for Android or iOS.