Eoin Morgan recently led England team to a successful tour in Sri Lanka where they won the ODI series 3-1. 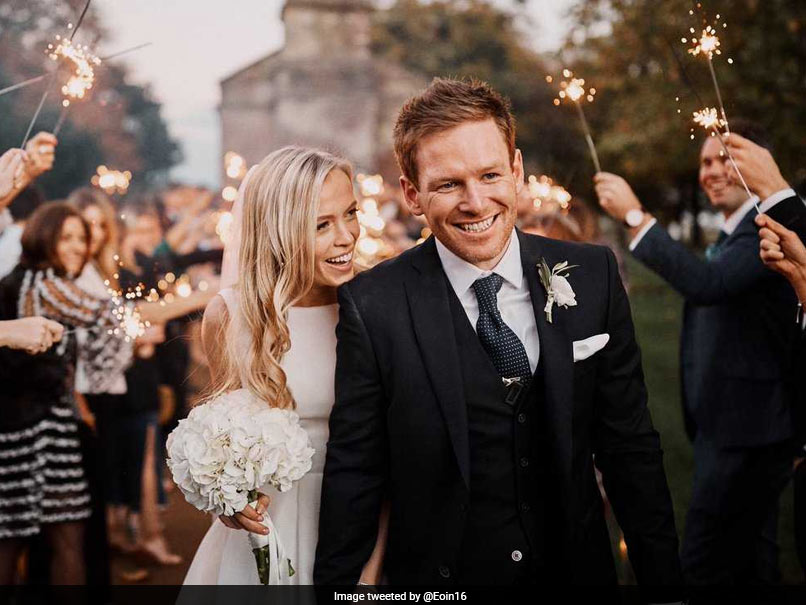 England's limited-overs captain Eoin Morgan tied the knot with long-time girlfriend Tara Ridgway on Friday. The marriage ceremony, which was attended by England cricketers Jason Roy, Alastair Cook, Steve Finn, Mark Wood and Jos Buttler, took place at the historic Babington House in Somerset according to media reports. Morgan took to Twitter to share an adorable picture of the ceremony. He wrote, "What an amazing day with @TaraRidgway." And soon after, wishes started pouring in for the couple.

Many many congratulations to both of you Skipper @Eoin16

Many Many Congratulations mate

Many congratulations to you both!

Morgan recently led England team to a successful tour in Sri Lanka. They won the five-match ODI series 3-1. After that, England also registered a 30-run victory in the one-off T20I against the islanders.

Morgan enjoyed a phenomenal run during limited-overs series in Sri Lanka. He amassed 195 runs in four matches, which included two half-centuries. The skipper was also adjudged Man of the Series for the ODIs.

England are now all set to play a three-match Test series against Sri Lanka. The first match of the series will be held at the Galle International Stadium, starting November 6. The second match will be played in Pallekele from November 14 to 18, and the final match will be played at the Sinhalese Sports Club in Colombo November 23 onwards.

Jos Buttler
Get the latest updates on ICC Women's Cricket World Cup 2022 and IPL 2022, check out the Schedule , Live Score and IPL Points Table. Like us on Facebook or follow us on Twitter for more sports updates. You can also download the NDTV Cricket app for Android or iOS.