Pakistan included Sarfaraz Ahmed in their 16-man squad for first Test against England, while pacer Wahab Riaz missed out. 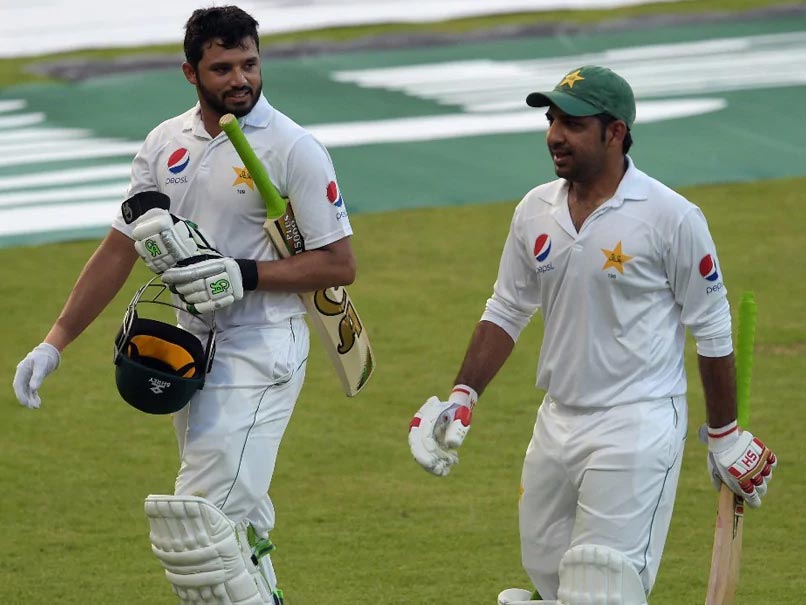 Sarfaraz Ahmed has not featured for Pakistan since being dropped after the 2019 World Cup.© AFP

Pakistan have named a 16-member squad for the first Test against England at Old Trafford, Manchester, starting Wednesday, 5 August. Former captain Sarfaraz Ahmed has been named in the squad while fast bowler Wahab Riaz, who had made himself available for Test cricket after taking an indefinite break from the format in 2019, has been excluded. The squad has been trimmed down from the 20-strong group that had been selected last month. Pakistan play two more Tests in the series, which is part of the World Test Championship, in Southampton beginning August 13 and 21 respectively.

"The preparations have gone really well for the past month, we've trained really hard and used all the facilities organised by the ECB," said captain Azhar Ali. "We are very thankful - in Worcester and Derby we had all the things we could hope for. We are very much prepared for the Test match. You can't replicate Test cricket in the practice games, of course, but whatever opportunity we had we tried to prepare ourselves."

The pace attack comprises of Shaheen Shah Afridi, Naseem Shah, Mohammad Abbas and Sohail Khan. Between them they have played only 39 Tests when compared with England's James Anderson and Stuart Broad, who have nearly 300 Tests between them. Ali admitted that the pace attack isn't high on experience but banked on the "talented" fast bowlers.

"They are very talented, obviously not as experienced as some of the bowling attacks that have come to England in the past but potentially, they are right up there. I'm sure they are very much ready," Ali said.

"It could have been really hard coming out of lockdown and all that in Pakistan, to get ready for a Test match in five- or six-weeks' time. They have done really well and the team management has prepared them really well so they are ready for the Test match."

All eyes will be set on Azam, Pakistan's No. 4 and a vital cog in the wheel. Azam has been Pakistan's go-to man with the bat in limited overs cricket, averaging over 50 in both ODIs and T20Is, but hasn't quite been able to get similar returns in Tests where he averages 45.12.

"His performances have improved massively in Test matches over the last year or so," Ali said of Babar, who comes off a century against Bangladesh in his last Test.

Sarfaraz Ahmed would compete with Mohammad Rizwan for the wicket-keeper's slot while there could be a contest between the experienced Yasir Shah and the young Shadab Khan for the spinner's role.

Babar Azam Azhar Ali Mohammad Rizwan Cricket
Get the latest updates on IPL 2021, check out the IPL 2021 Schedule and Indian Premier League Live Score . Like us on Facebook or follow us on Twitter for more sports updates. You can also download the NDTV Cricket app for Android or iOS.