Imam-ul-Haq became the youngest-ever batsman to score a 150-plus knock in One-Day International (ODI) cricket in England. 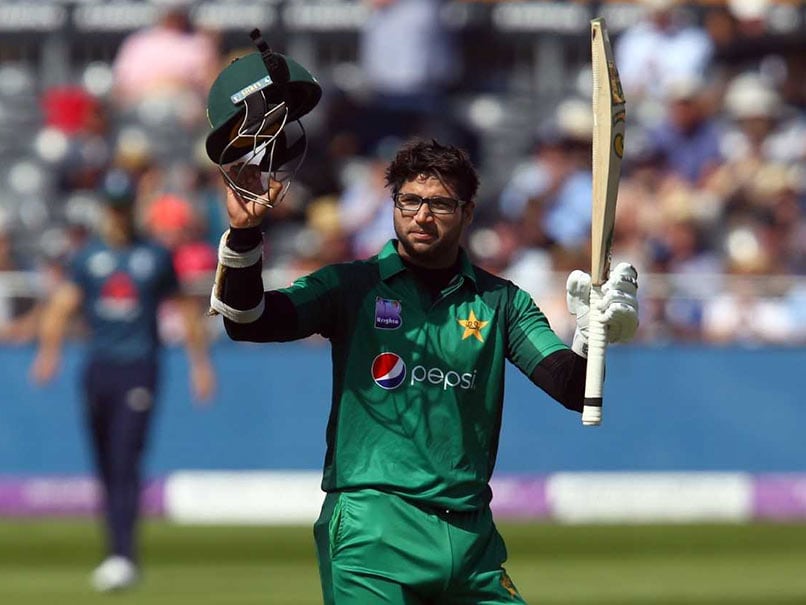 Pakistan opener Imam-ul-Haq broke India's World Cup-winning captain Kapil Dev's record as he became the youngest-ever batsman to score a 150-plus knock in One-Day International (ODI) cricket in England. Kapil Dev had scored an unbeaten 175 at the age of 24 in a 1983 World Cup match against Zimbabwe at Tunbridge Wells. After 36 years, 23-year-old Imam-ul-Haq scored 151 off 131 balls in the third ODI between Pakistan and England. The top-order batman's record-breaking knock powered Pakistan to 359 for nine in 50 overs. However, England rode on a century by Jonny Bairstow to beat Pakistan by six and take a unbeatable 2-0 lead in the five-match ODI series.

Earlier, the first ODI was washed out at the Kennington Oval in London.

On Tuesday, Imam made full advantage of the small boundaries and smashed 16 fours and a six to enthrall the Bristol crowd.

No other Pakistan batsman managed to impress much with the willow, though Asif Ali and Haris Sohail contributed with 52 and 41 runs respectively.

For England, Chris Woakes was the most successful bowler as he claimed four wickets. Tom Curran picked up two wickets, while David Willey and Liam Plunkett joined the party with a scalp each.

Chasing 359, England made a confident start as Bairstow and Jason Roy established a 159-run stand for the opening wicket.

Bairstow top-scored for England with 128 runs off 93 balls, including 15 boundaries and five sixes.

Roy scored 76 off 55 balls, with the help of eight boundaries and four sixes.

While Joe Root and Ben Stokes contributed 43 and 37 runs respectively, Moeen Ali was unbeaten on 46 as England chased down the huge target with 31 balls to spare.

Pakistan Cricket Team Jonny Bairstow Kapil Dev Cricket England vs Pakistan, 3rd ODI
Get the latest updates on IPL Auction 2023 and check out  IPL 2023 and Live Cricket Score. Like us on Facebook or follow us on Twitter for more sports updates. You can also download the NDTV Cricket app for Android or iOS.