Jonny Bairstow carried on his recent form from the IPL where he scored 445 runs in 10 games at an average of 55.62 for the SunRisers Hyderabad. 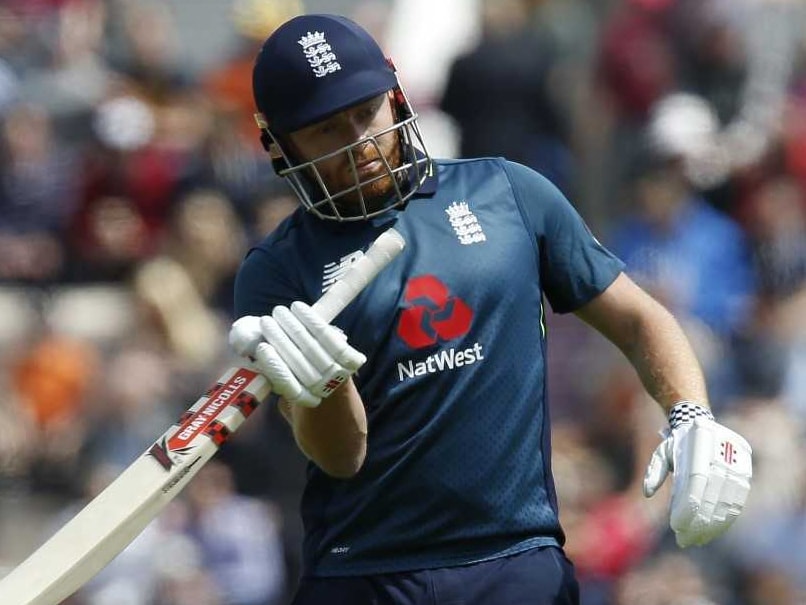 Jonny Bairstow, who scored a match-winning hundred against Pakistan in Bristol on Tuesday, said that playing alongside the likes of Australia's David Warner in the Indian Premier League (IPL) had helped take his game to new heights. Bairstow's blistering 128 off 93 balls helped World Cup hosts England to a six-wicket win in the third one-day international (ODI) as they went 2-0 up in a five-match series with two to play. "You're able to learn different things from different coaches and different players," said Bairstow.

The 29-year-old carried on his recent form from the IPL where he scored 445 runs in 10 games at an average of 55.62 for the SunRisers Hyderabad.

"He (Warner) hits in completely different areas to potentially myself. I guess it's method more than anything else. But learning from them, as well as the guys here, that can only be a good thing playing under pressure with expectation."

Bairstow was furious after his seventh ODI hundred ended when he played on to Junaid Khan, with the batsman hitting out at his stumps.

"I was cross because you want to see that through," Bairstow explained after England had made light of a target of 359 with their second-highest successful ODI run chase to win with 31 balls to spare.

"That's where we're at as a group of players at the moment, having competition to go and get the 150s and 160s and beyond.

"We are backing ourselves and competition is healthy all the way through. That's a good place to be and I was cross about it," Bairstow concluded.

Sunrisers Hyderabad Jonny Bairstow IPL 2019 Cricket
Get the latest updates on IPL Auction 2023 and check out  IPL 2023 and Live Cricket Score. Like us on Facebook or follow us on Twitter for more sports updates. You can also download the NDTV Cricket app for Android or iOS.