Bairstow Says England Can Cope With No.1 Tag As New-Look Australia Await

Jonny Bairstow has insisted England can cope with the pressure of being the world's top-ranked one-day international side as they head into a five-match series against Australia on the back of a shock six-run defeat by Scotland. 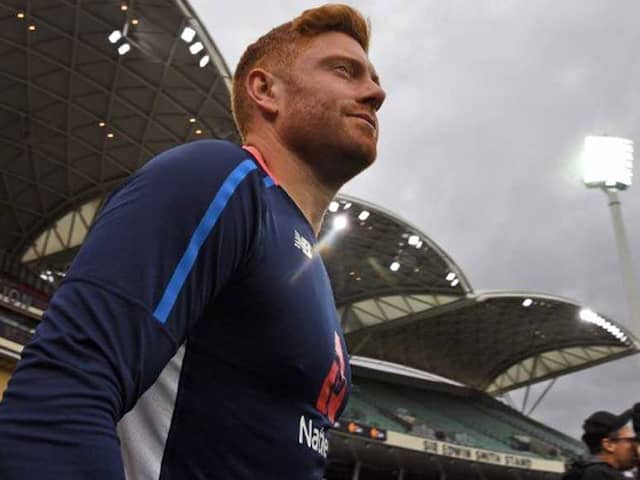 Bairstow has insisted England can cope with the pressure of being the world's top-ranked ODI side.© AFP

Jonny Bairstow has insisted England can cope with the pressure of being the world's top-ranked one-day international side as they head into a five-match series against Australia on the back of a shock six-run defeat by Scotland. Sunday's stunning reverse in Edinburgh was England's first match since rising to the top of the global ODI rankings. But despite Bairstow becoming the first England batsman to score ODI hundreds in three successive innings, England failed to chase down a target of 372 after a superb 140 not out by Calum MacLeod laid the platform for Scotland's stunning win.

Defeat raised questions about the ability of England, who have never lifted the World Cup, to win 'one-off' clashes but Bairstow said Eoin Morgan's men could handle everything that came with being top of the rankings .

"It's part and parcel of the game," he explained. "You get to number one and people are going to want to beat you, but you want to be number one in the world.

England though will not have long to absorb the lessons of that loss, with the first ODI against Australia at The Oval on Wednesday.

It is a match that pits 2019 World Cup hosts England against title-holders Australia.

England enjoyed a 4-1 series win over Australia 'Down Under' earlier this year but will be confronted by a new-look side in London.

Not only have former Australia captain Steve Smith and his deputy David Warner -- two of the world's best one-day batsmen -- been given year-long bans for their role in the ball-tampering scandal in Cape Town in March -- but Australia are also without their injured Ashes-winning fast-bowling trio of Mitchell Starc, Pat Cummins and Josh Hazlewood.

"It's a team that has a lot of new guys in, without Starc, Hazlewood, Cummins, Warner, Smith, so there are guys wanting to compete for places and we know just how dangerous that can be when people are pushing for a permanent place."

Australia will hope Marcus Stoinis and Travis Head, both of whom made hundreds in warm-up games, can continue their good form, with pacemen Kane Richardson, Jhye Richardson, Billy Stanlake and Michael Neser all looking to feature in a side captained by wicket-keeper Tim Paine.

Australia will hope Ashton Agar to provide a degree of control in the field following three straight ODI series losses and the spinner was keen they take advantage of any uncertainty among the England side following their defeat by a Scotland side who are 13th in the ODI rankings.

"It's great England didn't win (on Sunday) because you always like to start with a win," Agar said.

"At the end, England didn't really finish the job," he added.

"They're a really dangerous side, though, and you can't ever take a side like that lightly. We need to bring our A-game and be ready to go."

Warner may not be playing but the banned batsman will join Australian broadcaster Channel Nine's commentary team from the second ODI in Cardiff on Saturday onwards.

"Personally I think it's a great thing for him to be back around cricket," said Agar of Warner's new role.

"He would have been hurt, and his family too. So for him to be back around the game he loves will be important."

Australia Cricket Team Jonny Bairstow Cricket
Get the latest Cricket news, check out the India cricket schedule, Cricket live score . Like us on Facebook or follow us on Twitter for more sports updates. You can also download the NDTV Cricket app for Android or iOS.