Dwayne Bravo was instrumental in Maratha Arabians' seven-wicket win over Bengal Tigers in the T10 league. 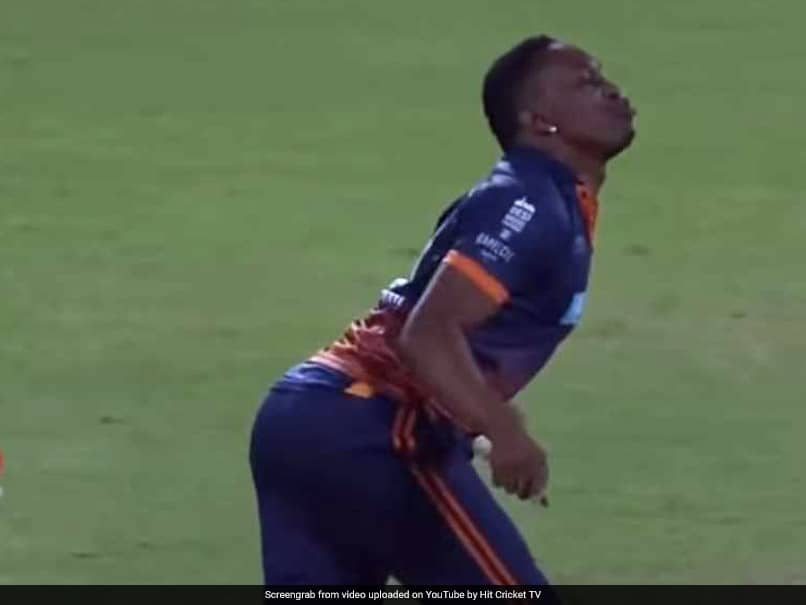 Dwayne Bravo bowled just two overs to hog all the limelight with his flamboyancy.© YouTube/Screengrab

Dwayne Bravo, the stylist West Indies' all-rounder, took the social media by a storm after one of his video came out in which he was seen dancing like a chicken before taking a catch in a T10 League match. The viral video, from the T10 League Eliminator Final match in Sharjah on Saturday, shows Dwayne Bravo's chicken-like celebration which continues after dismissing Afghanistan all-rounder Mohammad Nabi via caught and bowled. Bravo claimed four wickets and remained not out for 27 to guide Maratha Arabians to a seven-wicket win over Bengal Tigers in the eliminator match.

The 35-year-old Trinidad star had bowled just two overs, though it was enough for him to hog all the limelight with his flamboyancy.

However, the Arabians lost to Northern Warriors by 10 wickets in the second eliminator clash and later suffered a six-wicket loss to the Tigers in the third place play-off match on Sunday.

Bravo lost his wicket for just two runs and managed to claim just one wicket in Arabians' defeat in the third place encounter at Sharjah.

In the final, Northern Warriors defeated Pakhtoons by 22 runs to lift their maiden title at the T10 League.

T10 League, the only internationally approved ten-over league in the world, is being hosted annually by the United Arab Emirates since 2017. Under the captaincy of Misbah-ul Haq, Kerala Kings had thrashed Punjabi Legends by eight wickets to win the inaugural edition of the league.

Mohammad Nabi Cricket
Get the latest updates on IPL 2020, check out the IPL Schedule for 2020 and Indian Premier League (IPL) Cricket live score . Like us on Facebook or follow us on Twitter for more sports updates. You can also download the NDTV Cricket app for Android or iOS.