Jofra Archer asked fans to suggest some questions that they would want answered in his "Q&A video for YouTube". 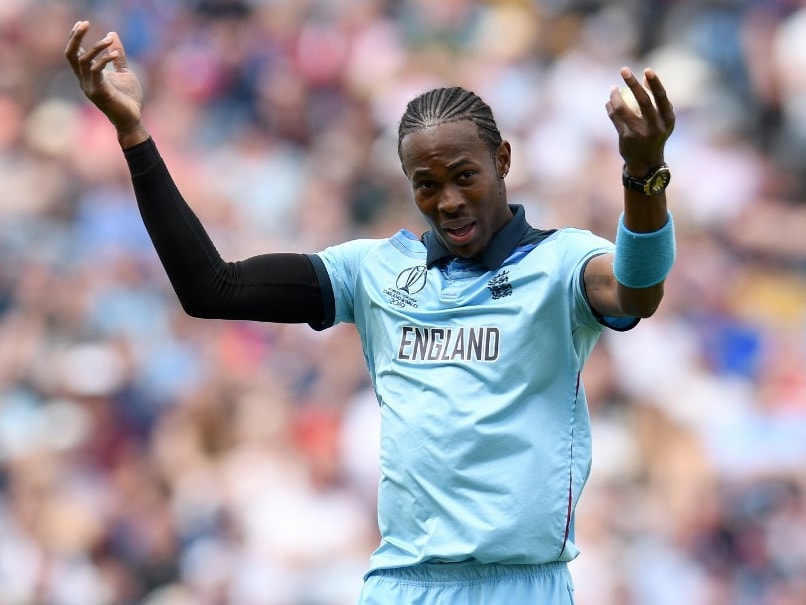 Jofra Archer got some bizarre questions from Twitterati after he asked for some suggestions.© AFP

The legend of Jofra Archer goes far beyond the cricketing field. The England speedster almost has godly status on social media platforms, especially Twitter. In the past, the 24-year-old's cryptic tweets have gone viral with many fans jokingly crediting the pacer for making freaky but accurate predictions. However, on Sunday, there was no such tweet from Jofra Archer but rather a straightforward post where he asked fans to suggest some questions that they would want answered in his "Q&A video for YouTube". But even with his fortune-telling skills, the fast bowler would not have guessed the sort of strange questions that came his way -- some of them bordering on the crazy.

"Hey guys need some questions for my upcoming Q&A video for YouTube, reply with some questions you'd like to see me answer," wrote Archer on Twitter.

Soon enough, the comments section was flooded with questions. While some of them were genuine ones but a few others were just plain bizarre.

"Why do pizzas come in square boxes Jof?," asked one fan while another wanted to know "Will there ever be a boy born who can swim faster than a shark?".

Here is our pick of some of the most strange questions posed to Jofra Archer:

Why do pizzas come in square boxes Jof?

Will there ever be a boy born who can swim faster than a shark?

I'll find out on Tuesday

Do fish ever get thirsty?

HOW DO I TURN OFF CAPS LOCK?

Why won't she let me see the kids?

When did you get release from Area 51?

Would you rather a hand made of ham or an armpit that dispenses sunscreen?

Who would win in a fight a trillion lions or or the sun?

Is water wet or not??

The Barbados-born bowler has quickly become a favourite with the England fans since he became eligible to play for his adopted country earlier this year.

The Sussex star benefited from the England and Wales Cricket Board reducing the eligibility period from seven years to three so he did not have to wait till 2022.

He quickly showed his worth by bowling the decisive Super Over in the thrilling World Cup final win over New Zealand.

He then marked his test debut by flooring Australia's star batsman Steve Smith in the second Ashes Test at Lord's which saw him miss the following match at Headingley with concussion and in his absence England won to level the series.

Archer will be next seen in action when England face New Zealand at the Bay Oval in Mount Maunganui in the first game of the two-match Test series starting on November 21.