David Warner impressed his fans with his dancing skills as the Australian batsman posted a video of him dancing to Mahesh Babu's hit song. 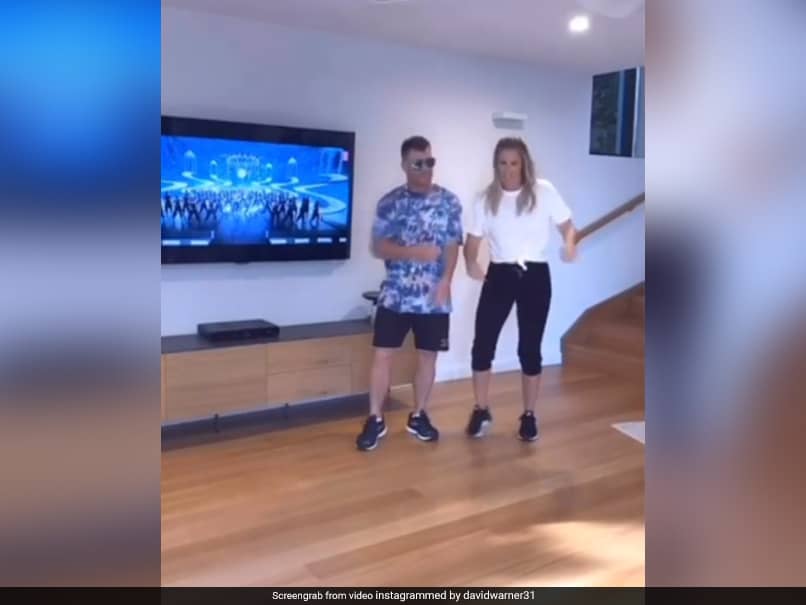 David Warner, who has taken over the social media with a series of TikTok videos, took to Instagram on Saturday to share a video of him dancing to Telugu star Mahesh Babu's hit song 'Mind Block' from the movie 'Sarileru Neekevvaru' with his wife Candice. The Australian batsman revealed that it took him and his wife 50 attempts to "almost" ace these dance steps. "After 50 attempts and will show a video of the attempts later we almost got there. Haha thoughts?? #mindblock @urstrulymahesh," David Warner captioned the video on Instagram and tagged Mahesh Babu.

After 50 attempts and will show a video of the attempts later we almost got there. Haha thoughts?? #mindblock @urstrulymahesh

The 33-year-old batsman has a massive fan following in Hyderabad thanks to his association with SunRisers Hyderabad in the Indian Premier League (IPL).

Earlier this month, Warner posted a video on Instagram where he was seen lip syncing a famous Telugu movie dialogue from a 2006 action-thriller 'Pokiri', starring Mahesh Babu.

Warner, much like other cricketers across the globe, is spending at home amid the coronavirus pandemic.

The left-handed batsman has been quite active on social media and ever since he joined TikTok, Warner rarely misses out on sharing videos on social media.

The coronavirus pandemic has brought sporting events, including cricket, across the globe to a standstill.

The T20 World Cup could also be postponed due to the ongoing coronavirus pandemic. Warner feels that it is going to be difficult to host the tournament as scheduled in October.

Warner, while talking to Indian opener Rohit Sharma in an Instagram Live session, expressed his serious doubts over the future of the T20 World Cup, which is scheduled to be held in Australia from October 18 to November 15.

"The ICC World Cup will not go ahead here by the looks of it. It will be difficult to get everyone (16 teams) together," said Warner.