David Warner, Cameron Bancroft To Return To Cricket In July

David Warner and Cameron Bancroft may be seen in club cricket soon. 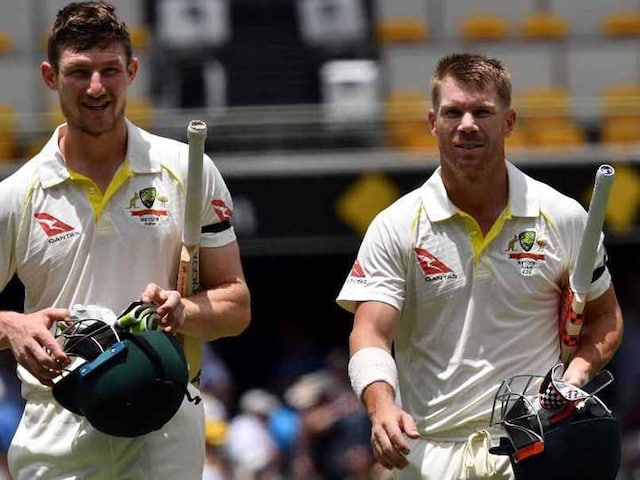 David Warner and Cameron Bancroft could return to cricket as early as July.© AFP

Australia's banned cricketers David Warner and Cameron Bancroft could return to cricket as early as July as they are considering playing Top End's Strike League in Australia's Northern Territory, cricket.com.au reported. After the trio of Steve Smith, Warner and Bancroft were caught in the ball-tampering scandal, Cricket Australia's sanctions prevented them from playing international and Australian domestic cricket, however, did not bar them from playing club cricket. While Bancroft is closer to playing in the league, NT cricket chief confirmed that they are in talks with Warner too.

Morrison also added that the league, featuring both T20 and 50-over games, could be the perfect platform for the banned players to begin their journey back to the top-flight cricket.

"One of the great advantages we have up here is that we have a winter competition which provides playing opportunities year-round. We offered them the opportunity to help them get back and play ... if they wanted to pick up the bat sooner rather than later," Morrison added.

"The opportunity to have the likes of David Warner or Cameron Bancroft, if they're available and willing to play, would be fantastic for us. It's very rare that young players from the Northern Territory get exposed to players like that," the NT cricket chief remarked.

Comments
Topics mentioned in this article
Australia Cricket Team David Warner Cameron Bancroft Cricket
Get the latest Cricket news, check out the India cricket schedule, Cricket live score . Like us on Facebook or follow us on Twitter for more sports updates. You can also download the NDTV Cricket app for Android or iOS.