Accused of being the chief architect behind the ball tampering incident, Warner was banned from playing international and domestic cricket for a year along with former skipper Steve Smith. 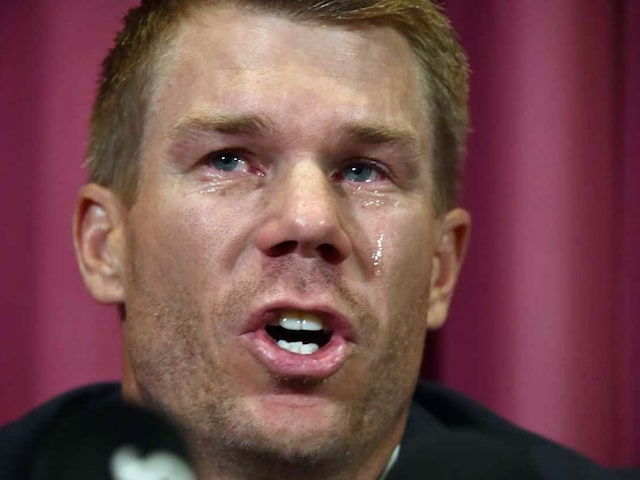 Tainted former Australian Vice Captain David Warner said on Saturday he has "learned a valuable lesson" after the ball-tampering scandal in South Africa in March. Speaking for the first time since his emotional press conference in Sydney more than a month ago, Warner told NT News: "Sometimes with our society, something has to happen for the worst for people to come out and show a lot of support and I think I've learned a valuable lesson in this myself for the support I have been given to be on the front foot to help others."

Warner was attending a cricket clinic with children here.

Accused of being the chief architect behind the ball tampering incident, Warner was banned from playing international and domestic cricket for a year along with former skipper Steve Smith.

Cameron Bancroft, who rubbed sandpaper on the red ball in Cape Town in that third Test, was suspended for nine months.

"I think the biggest thing for us has been when you are in a routine, you can get caught in a bubble -- cricket, hotels, packing your bags, coming home. I've missed that part until now where the kids run up to the gate saying, 'Mummy and daddy are here', and I am really enjoying and embracing that," Warner said.

Warner and Smith were also axed from the Indian Premier League (IPL) where they were appointed captains of Sunrisers Hyderabad and Rajasthan Royals respectively.

Smith had also thanked people publicly for their support on Friday, saying "I now have a lot to do to earn back your trust."

Comments
Topics mentioned in this article
Australia Cricket Team David Warner Cricket
Get the latest Cricket news, check out the India cricket schedule, Cricket live score . Like us on Facebook or follow us on Twitter for more sports updates. You can also download the NDTV Cricket app for Android or iOS.