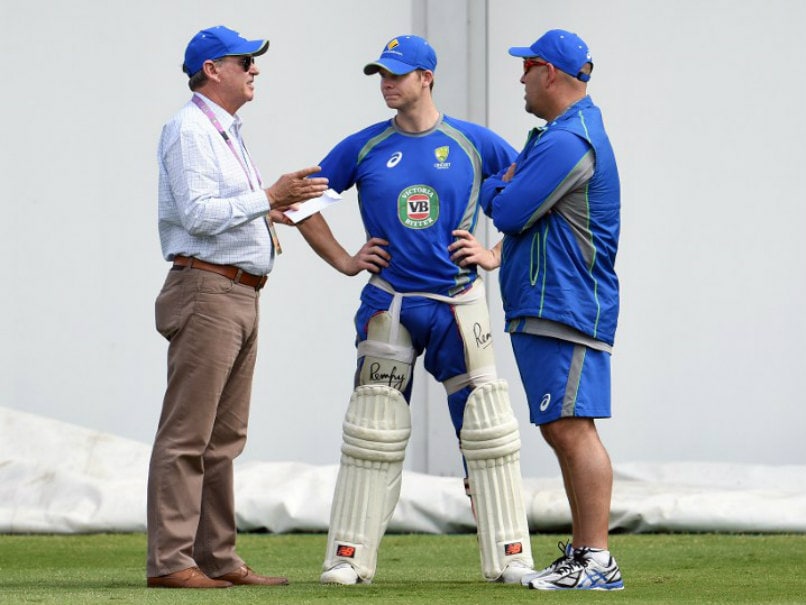 Australia last made as many as six changes in 1984, when they faced the then formidable West Indies.© AFP

Pacemen Chadd Sayers and Jackson Bird return to the national side, and Matthew Wade comes in as wicketkeeper after Peter Nevill was axed.

Australia last made as many as six changes in 1984, when they faced the then formidable West Indies.

Interim chief selector Trevor Hohns, who stepped in after Rod Marsh stood down on Wednesday, said that Voges, all-rounder Mitch Marsh and spinner Steve O'Keefe were not considered because of injury.

The dramatic team overhaul follows Australia's heavy defeat to the Proteas in Hobart to give the tourists an unassailable 2-0 lead in the series.

South Africa could inflict the first home series whitewash in Australia's history if they win the pink ball final Test at the Adelaide Oval, starting on Thursday.

Renshaw was born in Yorkshire and lived in England before coming to Australia at the age of 10.

The left-hander has scored 1,021 runs from just 12 first-class games at 44.39, with three centuries -- the latest coming this week in the Sheffield Shield match against South Australia.

"Matt has established himself in a short period of time as one of the best young opening bats in the country," Hohns said.

"His form is currently very good and we see him as a very exciting prospect for the future."

Victorian batsman Handscomb, 25, is also the holder of a British passport, but was born in Australia to English parents.

Handscomb scored 137 against South Africa A in Townsville and 87 against India A in Brisbane this year and hit an opportune 215 for Victoria in the latest round of the Sheffield Shield.

"Peter's form over the last couple seasons, and with Australia A, has been very consistent. We think he is the type of player who could succeed at the next level," Hohns said.

Maddinson, 24, became the youngest player to score a century on Sheffield Shield debut for New South Wales when he was 18 in 2010 and has also represented Australia in Twenty20 cricket.

"Nic is an exciting and talented young player and we feel now is the ideal time for him to be involved with the Australian team," Hohns said.

Sayers, an Adelaide Oval specialist, had been in Australia's Test squad earlier this year but did not play.

"We consider Chadd and Jackson to be very good bowlers that also can bowl a large amount of overs in conjunction with Mitchell Starc and Josh Hazlewood," Hohns said.

"Chadd bowls very well in Adelaide and Jackson is coming off a strong performance in his last Test match earlier in the year and both deserve their chance."

There may have been a seventh change if not for a calf injury to the left-arm spinner Steve O'Keefe, who had been favoured to oust the Nathan Lyon.

Comments
Topics mentioned in this article
Australia Cricket Team South Africa Cricket Team Steven Smith Joe Burns Adam Voges Peter Nevill Matthew Wade Cricket
Get the latest updates on IPL Auction 2023 and check out  IPL 2023 and Live Cricket Score. Like us on Facebook or follow us on Twitter for more sports updates. You can also download the NDTV Cricket app for Android or iOS.