Cricketer Danielle Wyatt Had Proposed To Virat Kohli. What She Said On His Wedding

After tweeting Kohli in 2014 for his 72-run knock against South Africa in the World Twenty20, Danielle met the batting superstar during India's tour of England later that year. 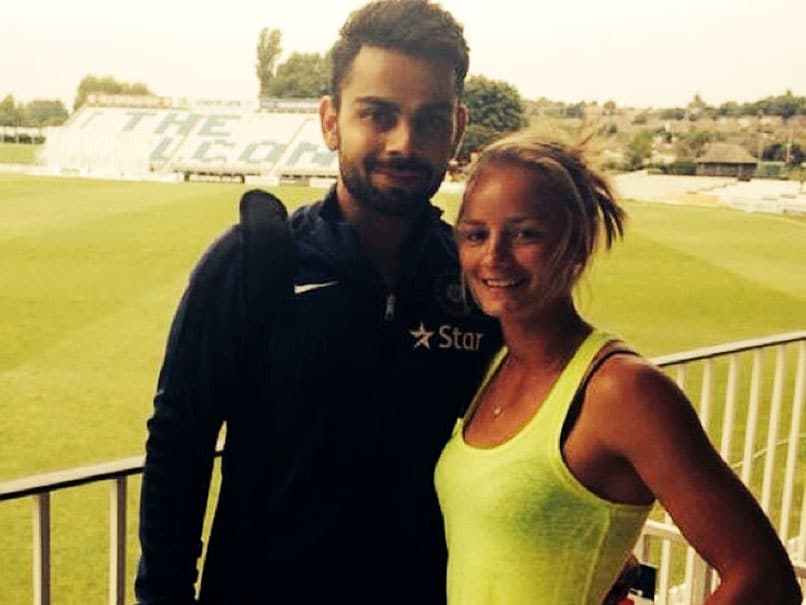 England Women's team cricketer Danielle Wyatt, who grabbed headlines in India for her 'Kholi marry me!!!' tweet, on Monday wished Virat Kohli and Anushka Sharma after they tied the knot in Tuscany. "Congratulations @imVkohli & @AnushkaSharma," she tweeted as stars from the world of Bollywood and cricket were quick to congratulate the new husband and wife. Danielle's tweet was retweeted over 1.2k times, with Indian cricket fans indulging in some banter with her.

After tweeting Kohli in 2014 for his 72-run knock against South Africa in the World Twenty20, Danielle met the batting superstar during India's tour of England later that year.

Some even asked her to listed to the hit Bollywood number 'Channa Mereya'.

gotta feel for you danni ??

You will remain our bhabi (sister-in-law) forever Dannie

Earlier in the year, Danielle posted photos of a bat gifted to her by Virat.

Back training this week. Can't wait to use this beast ?????????? Thanks @imVkohli #ping #middlesbiggerthanme ?? pic.twitter.com/BknGjYx2Yj

Virat and Anushka, both 29, married according to Hindu rites at a countryside resort in Tuscany. According to a statement released on behalf of the couple, the wedding was attended by close family and a few friends as "they wished their wedding to be a very private affair".

Comments
Topics mentioned in this article
India Cricket Team Virat Kohli Cricket
Get the latest updates on ICC T20 Worldcup 2022, check out the Schedule and Live Score. Like us on Facebook or follow us on Twitter for more sports updates. You can also download the NDTV Cricket app for Android or iOS.