Besides Dwayne Bravo no other bowler has even crossed 400-wicket mark, with Lasith Malinga next on the list with 390 wickets. 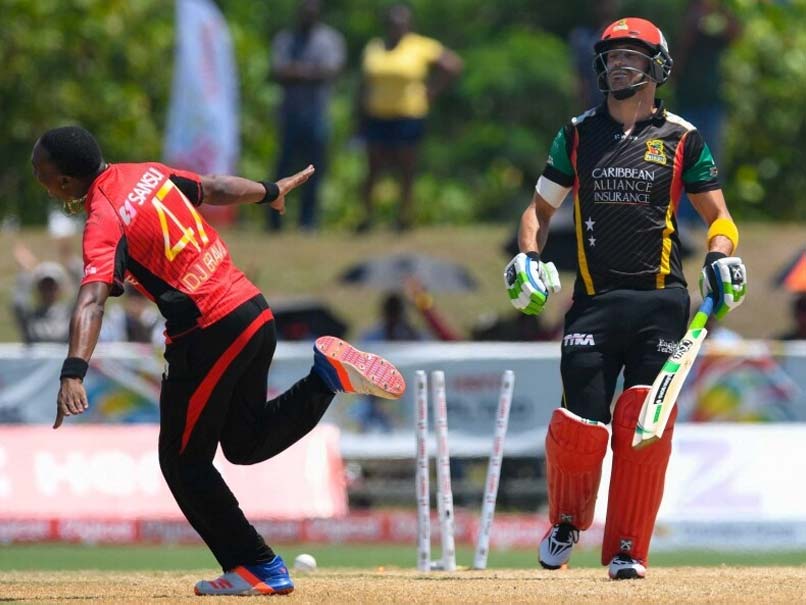 West Indies all-rounder Dwayne Bravoscripted history on Wednesday as he became the first bowler to pick 500 wickets in the shortest format of the game. Bravo achieved this feat by dismissing Rakheem Cornwall of St. Lucia Zouks in a Caribbean Premier League (CPL) 2020 match, Trinbago Knight Riders. With this wicket, Bravo also became the first bowler to take 100 wickets in the CPL. Bravo's supremacy in the T20 format can be gauged from the fact that no other bowler has even crossed 400 wicket mark. Sri Lanka's T20I skipper Lasith Malinga is next on the list with 390 wickets. Bravo is also the fastest to reach 300, 400 and now 500-wicket mark. In terms of appearances, he sits on the second spot on the list topped by fellow Caribbean Kieron Pollard.

Bravo, who plays for Chennai Super Kings in the Indian Premier League, has been their most successful bowler over the years, picking up 118 wickets so far.  Bravo has won three titles each with CSK in the IPL and Trinbago Knight Riders in the CPL.

CSK took to Twitter media to congratulate their star player on his historic achievement. Comparing his achievement to the "giant leap for mankind" CSK highlighted that no other bowler has even touched the 400-mark.

"A small step for Champion, a giant leap for mankind. #WhistlePodu for the only player to get to 500 T20 wickets. The fact that no one else has even made it to 400 makes it TRULY BRAVO!," CSK tweeted.

A small step for Champion, a giant leap for mankind. #WhistlePodu for the only player to get to 500 T20 wickets. The fact that no one else has even made it to 400 makes it TRULY BRAVO! pic.twitter.com/5OF8dUCbIC

Bravo, who missed the IPL last year, will be raring to make up for that this year and help CSK to another title victory. The opening match of IPL 2020 is set to begin on September 19, with CSK facing defending champions Mumbai Indians in the high-voltage clash. The tournament will come to an end on November 10, after almost two months.

Dwayne Bravo Cricket
Get the latest updates on IPL 2021, check out the IPL 2021 Schedule and Indian Premier League Live Score . Like us on Facebook or follow us on Twitter for more sports updates. You can also download the NDTV Cricket app for Android or iOS.