Watch: Somerset Captain Tom Abell "Watches In Horror" As He Gets Bowled After Much Drama Against Hampshire

When Somerset captain Tom Abell was batting against Hampshire in a County Championship game, a bizarre thing happened 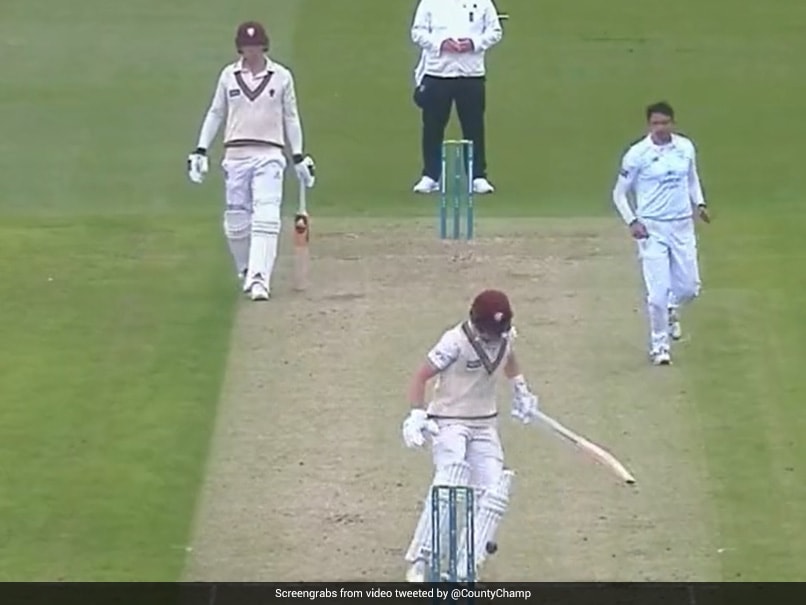 From Cheteshwar Pujara's double ton for Sussex to Pakistan pacer Hasan Ali's breathtaking spell for Lancashire, the ongoing County Championship has so far witnessed some memorable moments. However, a bizarre incident took place during the ongoing Division One game between Hampshire and Somerset. In the 25th over of the first innings, Hampshire pacer Mohammad Abbas bowled a length ball just outside the off-stump which was well defended by Tom Abell, the Somerset captain.

But, the ball rolled back and Abell tried his level best to avoid it from making contact with the stumps. However, the Somerset skipper ended up getting bowled after much drama.

"Can you believe it?! Tom Abell watches in horror as the ball trickles into his stumps," County Championship captioned the video on their official Twitter account.

Can you believe it?!

After opting to bat first at the Taunton Cricket Ground, Somerset got off to a watchful start with Matthew Renshaw and Tom Lammonby.

However, Lammonby's (16) dismissal in the 17th over triggered a Somerset top-order and middle-order collapse.

The hosts were soon reduced to 94 for five before Craig Overton's 44-run knock took them to a total of 211.

Hampshire and Somerset are currently third and sixth, respectively, in the Division One points table. Surrey is leading the charts with 105 points from six games (3 wins, 3 draws).