The swashbuckling Chris Gayle has been displaying a lot of his skills, from dancing to football and now water sports, on his social media pages. 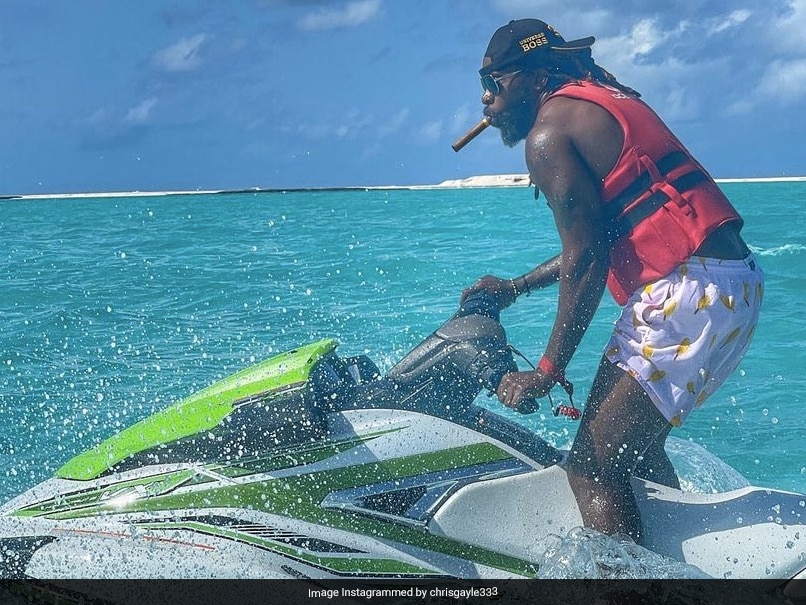 Chris Gayle enjoying his vacation at Maldives after IPL 2021 got postponed.© Instagram

Chris Gayle is currently vacationing in the Maldives after the suspension of the 14th edition of the Indian Premier League (IPL). He has been posting regular updates from his stay in the country on his official Instagram handle. Gayle, along with other foreign IPL cricketers, mainly from Australia, travelled to the Maldives earlier this month after the cash-rich league was indefinitely postponed. While the Australian cricketers returned home on Monday, the 'Universe Boss' has decided to extend his stay in the islands. On Wednesday, Gayle shared photos of himself on a jet ski with a cigar in hand.

The post was a huge hit and was liked by over 1.3 lakh people within a couple of hours of being posted.

Earlier, on Tuesday, he had posted a video of himself scuba diving in the ocean. The short clip garnered more than 2 lakh views.

Gayle was part of the Punjab Kings squad in IPL 2021 before the marquee event was suspended. He had an average season with the bat, scoring 178 runs in eight games at a below-par average of 25.42 and a strike rate of 133.83.

He was not even able to touch the 50-run mark in his eight outings, with his highest score being 46.

He has 31 fifties and 6 centuries, with his highest score being 175 -- also the highest individual score in T20 cricket. Gayle, who made his IPL debut for Kolkata Knight Riders (KKR) in 2009, has struck 357 sixes and 404 boundaries in the cash-rich league in his 13-year long career.