Chris Gayle, Marlon Samuels To Fly In For ODI Series Against England

Explosive West Indies opener Chris Gayle is set to play his first one-day international in two years after being recalled to the squad for the series with England. 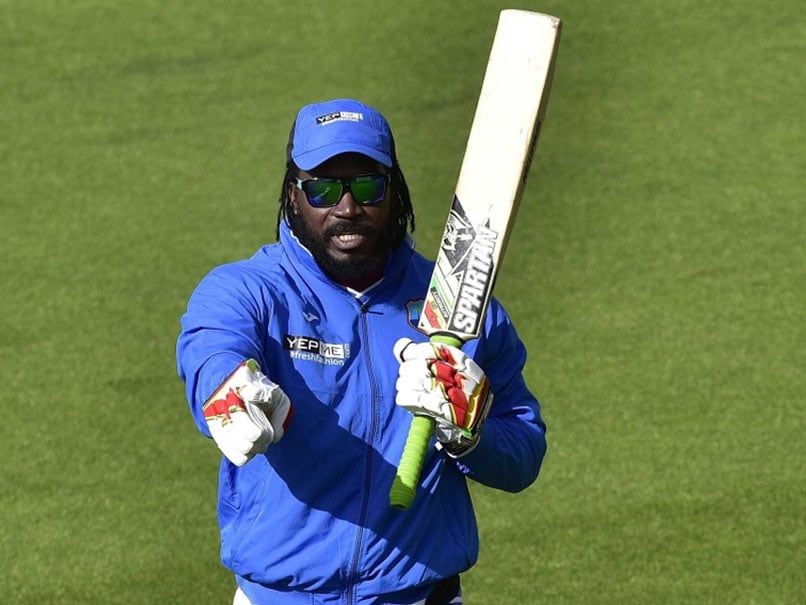 Explosive West Indies opener Chris Gayle is set to play his first one-day international in two years after being recalled to the squad for the series with England. The 37-year-old -- who has racked up 9,221 runs in 269 ODIs -- returns along with fellow veterans Marlon Samuels and Jerome Taylor to add much-needed class to the squad. The once dominant West Indies are under fire form all sides after their Test team's abject performance in the first Test defeat -- by an innings and 209 runs -- against England inside three days at the weekend.

England also beat them 3-0 in an ODI series in the Caribbean earlier this year, although neither Gayle or Samuels were in the side.

Gayle -- who holds the world record for the highest individual Twenty20 score, an unbeaten 175 off 66 balls for Royal Challengers Bangalore in the 2013 Indian Premier League -- Samuels and Taylor have returned after making peace with Cricket West Indies, after disputes largely over money.

"With regards to the selection of the ODI squad, the panel welcomes back Chris Gayle and Marlon Samuels -- who will both add value to our batting and help with the nurturing of the young batsmen in the team," read a statement from the selection panel chairman Courtney Browne.

However, the likes of off-spinner Sunil Narine and batsman Darren Bravo have not agreed to return to the fold.

"Both Sunil Narine and Darren Bravo have declined to be considered for ODIs in England," said Browne.

"Narine has, however, confirmed his desire to play 50-over cricket again but has asked to play in our Regional Super50 before he is considered -- and Darren said he was not available for selection.

"Dwayne Bravo said he is still not 100 percent fit, but is looking at a possible return to international cricket next year."

West Indies play a one-off ODI against Ireland in Belfast on September 13 before facing England in a five-match series.

Gayle, Bravo and former captain Darren Sammy have been out in the cold largely due to a bitter dispute with Cricket West Indies president Whycliffe 'Dave' Cameron.

Comments
Topics mentioned in this article
West Indies Cricket Team England Cricket Team Chris Gayle Marlon Samuels Cricket
Get the latest updates on ICC Women's Cricket World Cup 2022 and IPL 2022, check out the Schedule , Live Score and IPL Points Table. Like us on Facebook or follow us on Twitter for more sports updates. You can also download the NDTV Cricket app for Android or iOS.