Cheteshwar Pujara on Tuesday posted a snap with Aditi, where the father-daughter duo can be seen spending some quality time drawing together. 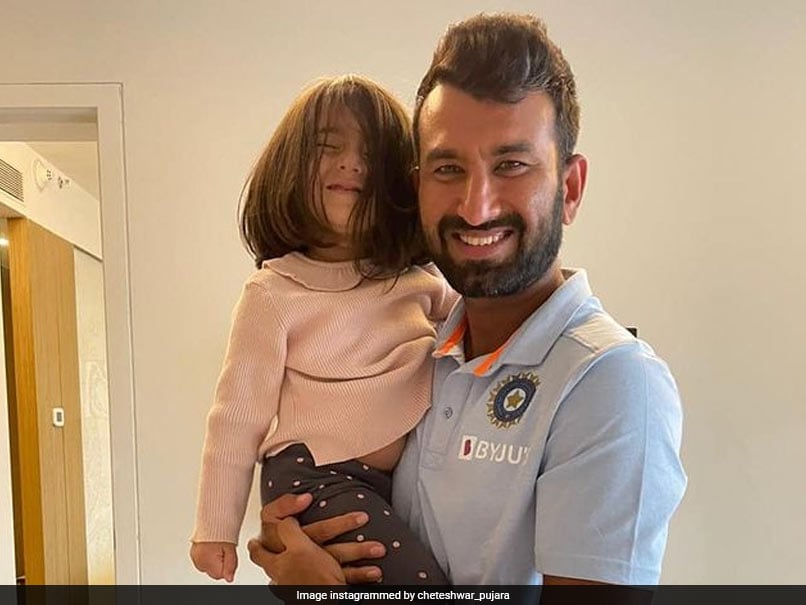 Cheteshwar Pujara's daughter Aditi is in Southampton with him where the Indian Test team is quarantining.© Instagram

Cheteshwar Pujara is spending some quality time with his daughter Aditi during the mandatory quarantine in Southampton. Pujara along with other members of the India squad travelled to England on June 2 for the World Test Championship (WTC) final against New Zealand. On Tuesday, India's Test specialist posted an adorable snap with his daughter Aditi on Instagram Stories. In the picture, the father-daughter duo is seen drawing in an art book. "Quarantine daddy duties," Pujara captioned the photograph. Along with the snap, he used two hashtags, "Daddy's Girl" and "Precious".

Pujara would return to field duties during the inaugural WTC final. After the completion of the said match, Pujara and other members of the Indian squad would enjoy a 20-day break from the bio-bubble life.

However, they will again enter the bio-bubble around July 14 for the five-match Test series against England, which starts on August 4.

"The group will head off for the break on June 24 after the final against New Zealand and then regroup again around July 14 to prepare for the Test series against England which gets underway from August 4," a source was quoted as saying by ANI.

Pujara, a veteran of 212 first-class matches, cemented his spot in the Indian squad for the longest format of the game after his heroics Down Under during the team's four-match series against Australia in 2018-19. Pujara was the leading scorer in the series with 521 runs in his kitty as India won the series 2-1.

Overall, Pujara has represented India in 85 Test matches and amassed 6244 runs at an impressive average of 46.59. He has also struck 18 centuries and 29 fifties for India in red-ball cricket with his highest score being 206 not out.