Brendon McCullum rubbished rumours of his brother's death and vowed to find the person responsible for spreading the fake news. 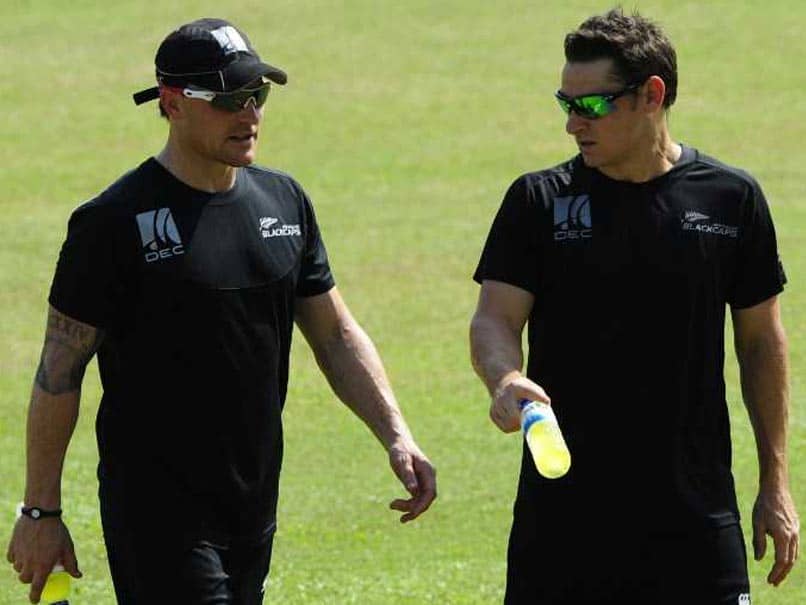 Twitter and Facebook went into a frenzy on Saturday after rumours started circulating on social media that New Zealand cricketer Nathan McCullum, brother of former Black Caps skipper Brendon McCullum, had died due to complications in hospital. However, Nathan McCullum himself cleared the air over reports of his death, telling fans that he is still alive with a cheeky social media post. But his younger brother Brendon McCullum was not as forgiving on Twitter rubbishing the rumours and vowing to find the culprit for spreading fake news.

Nathan McCullum was the first to react, taking to Twitter and posting a selfie to prove that he was still alive.

I am alive and kicking more than ever before. Not sure where this news has come from but this is fake. Love you all. pic.twitter.com/WZ1nuX4LUo

Younger brother Brendon was aghast and revealed that he was on a flight back to New Zealand when he was made aware of the news. A fuming Brendon McCullum promised that "Whoever put this out there, I'll find you! Somewhere, somehow".

Tonight someone decided, via social media to release that my brother passed away! Im on a flight back to NZ and my heart broke! None of it is true! Whoever put this out there, I'll find you! Somewhere, somehow.

Brendon McCullum is currently plying his trade in the T10 League with the Rajputs. His team suffered a humiliating defeat to Northern Warriors on Friday night.

The Rajputs were restricted to 64 for eight in 10 overs with captain McCullum managing just 2 off 5 balls. Northern Warriors, led by Nicholas Pooran's 18-ball 45 not out reached the target with 25 balls remaining.

He was also the first player to play 100 consecutive Tests from his debut.

On the other hand, Nathan McCullum retired from international cricket in 2016, having made 84 ODIs and 63 T20 internationals appearances for the Black Caps.

Nathan McCullum Cricket
Get the latest updates on India vs England Series, India vs England , live score and IPL 2021 Auction . Like us on Facebook or follow us on Twitter for more sports updates. You can also download the NDTV Cricket app for Android or iOS.