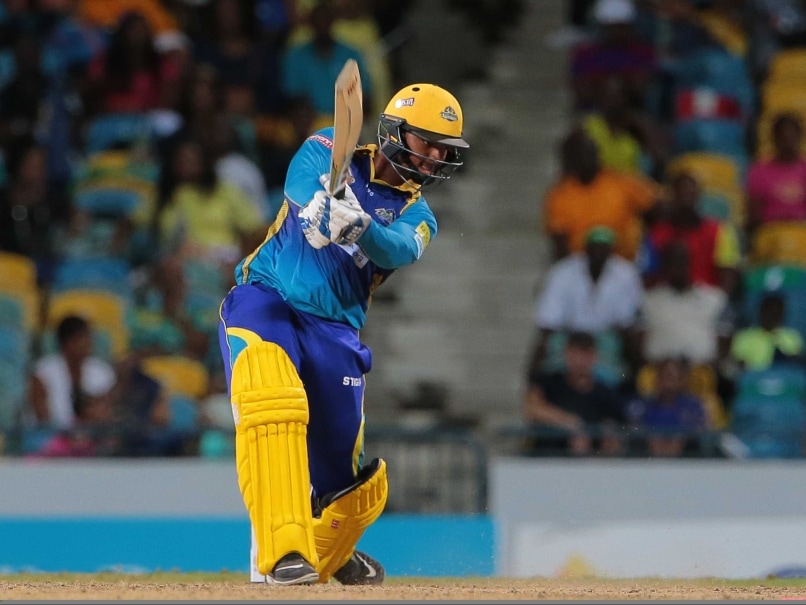 A fine stand of 68 runs from 40 balls between Nicholas Pooran and AB de Villiers helped Barbados Tridents recover from a sluggish start and post a challenging 173 for five in their 20 overs at Bridgetown on Sunday.

Tridents' keeper Pooran's career-best 81 was the cornerstone of Tridents win as Ravi Rampaul took 2 for 22 to consign St. Lucia Zouks to a 25-run defeat in this Caribbean Premier League match. Wickets fell throughout the Zouks chase as Andre Fletcher top-scored with just 20.

With the openers gone, De Villiers and Pooran combined well in a superb stand. Pooran has impressed with the bat this season. He missed last year's Caribbean Premier League due to a leg injury sustained in a car crash.

On Sunday, 20-year-old Pooran was going so well that de Villiers was happy to turn the strike over to him. De Villiers still went at a decent click, making 32 (22 balls) including three fours and a six. He departed when he misjudged a pull off a Jerome Taylor slower ball and was well caught by Darren Sammy on the mid-wicket boundary.

Pooran continued to score with ease, at one point taking 18 runs off four balls from Shane Watson. His T20 high score of 81 came from just 39 balls. His innings ended in the final over when he was run out looking to get on strike.

This was Tridents' third win of the season out of six matches. Zouks languish at the bottom of the points table with one win from four games.

Comments
Topics mentioned in this article
AB de Villiers Ravi Rampaul Nicolas Pooran Cricket
Get the latest updates on IPL 2021, IPL Points Table , IPL Schedule 2021 , live score . Like us on Facebook or follow us on Twitter for more sports updates. You can also download the NDTV Cricket app for Android or iOS.