Sydney Sixers' surprise move in a last-ball thriller in the Big Bash League play-offs on Wednesday ignited a debate within the cricket fraternity. 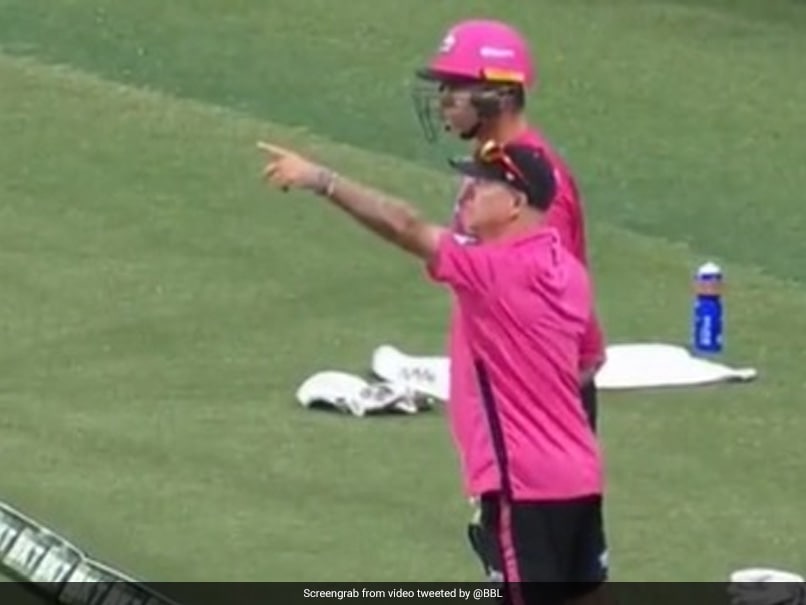 Sydney Sixers' decision to retire an injured batter ahead of the final delivery in a last-ball thriller in the Big Bash League (BBL) play-offs on Wednesday ignited a debate within the cricket fraternity. The incident took place in the final over of Sixers' play-off clash against Adelaide Strikers. Needing two runs off the last ball, Sixers decided to recall injured batter Jordan Silk and send Jay Lenton to the non-striker's end. Lenton, the assistant coach of the team, had been included in the team after a COVID-19 outbreak. Sixers' Hayden Kerr scored an unbeaten 98, including a four off the last ball, to take his side to the BBL final.

The @sixersBBL decision to retire Jordan Silk hurt on the final ball caught us all off-guard #BBL11 pic.twitter.com/GbU2qfBgBi

Sixers had earlier found themselves on the other side of the rulebook as their attempt to have Steve Smith play in the play-offs was blocked due to existing rules.

Legendary Australian wicketkeeper-batter Adam Gilchrist said Sixers were only exploiting a rule. "My initial reaction to this, my gut feel says I don't like it," he said.

The move left cricket fans split on social media, with many criticising it and other praising Sixers for playing by the rules.

Sydney Sixers will face Perth Scorchers in the BBL final on Friday.