Playing for the Melbourne Stars vs Melbourne Renegades, Dwayne Bravo timed his leap to perfection and pulled off a wonder catch to dismiss opener Marcus Harris. 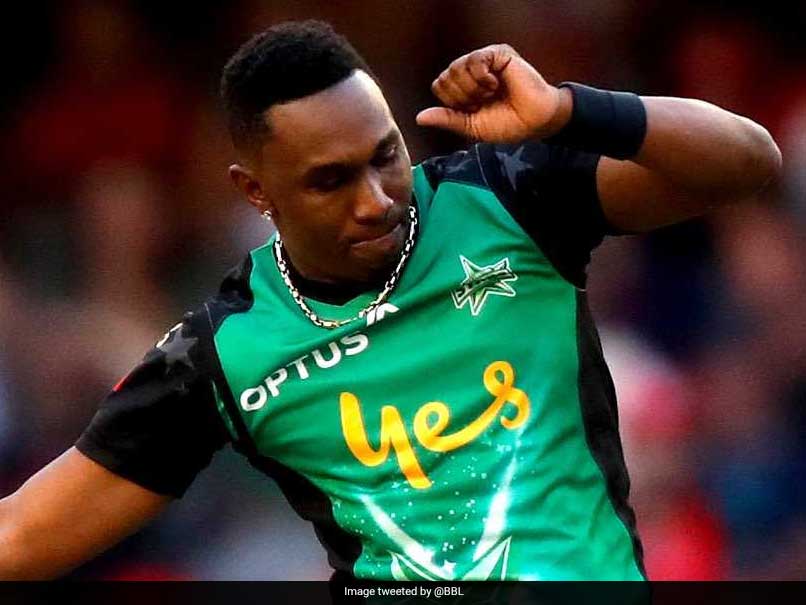 The Big Bash League (BBL) 2019 has some brilliant fielding efforts but on Saturday Dwayne Bravo came up with a one-handed stunner to rival them all. Playing for the Melbourne Stars against the Melbourne Renegades, Bravo timed his leap to perfection and pulled off a wonder catch to dismiss opener Marcus Harris for 15 and trigger a top-order collapse. The official Twitter handle of the Big Bash League posted a video of the catch with fans coming out in droves to applaud the effort.

To be fair twas a ripper catch

Gem Of a catch

Harris and skipper Aaron Finch had given the Renegades a brilliant start after the Stars had won the toss and elected to field.

Five boundaries, including two sixes, had already been hit in the first three overs as Melbourne Renegades reached 30 for no loss in 2.4 overs. But fielding at mid-on, Bravo's stunner turned the match on it's head.

After Harris, Finch and Sam Harper fell to Jackson Bird in the next over with the score still on 30.

Cameron White didn't survive too long either, falling to Marcus Stoinis for 1 as Renegades collapsed to 33 for four in 45 overs after being 30 for no loss.

Tom Cooper (24) and Mohammad Nabi (28) tried to steady the ship but another collapse towards the end saw Renegades being bundled out for 121 in 19.3 overs.

Melbourne Stars' chase didn't start well as they lost Ben Dunk (0) in the second ball of the innings while Peter Handscomb (8) and Glenn Maxwell (7) without making much of a contribution to leave the Stars tottering at 35 for 3 in 6.4 overs.

However, Stoinis, who opened the innings, single-handedly won the game for the Stars with an unbeaten knock of 70 off 65 balls to give his team only it's fourth win in nine matches.

Melbourne Renegades are currently third in the table with 10 points but have played a game more than the Stars, who are sixth with seven points.

Dwayne Bravo Marcus Stoinis Cricket Marcus Harris
Get the latest updates on SA vs IND 2021-22, check out the Schedule and Live Score . Like us on Facebook or follow us on Twitter for more sports updates. You can also download the NDTV Cricket app for Android or iOS.