Bhuvneshwar Kumar Says "It Has Been Difficult To Work Out At Home" In Chat With Smriti Mandhana, Jemimah Rodrigues

Bhuvneshwar Kumar was in a YouTube chat with Jemima Rodrigues and Smriti Mandhana. 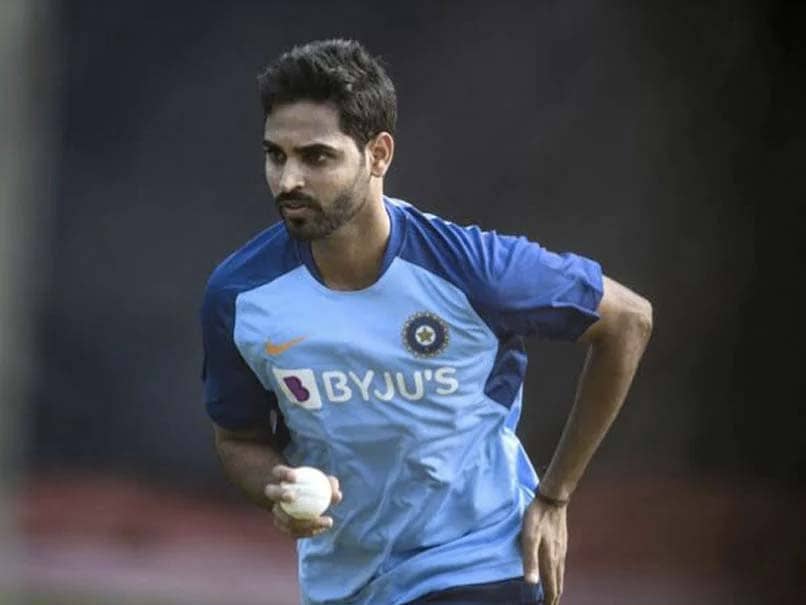 Bhuvneshwar Kumar is an integral part of the Indian pace attack.© AFP

Indian fast bowler Bhuvneshwar Kumar is spending time with his family during the nationwide lockdown in India. Bhuvneshwar Kumar alongside Jhulan Goswami featured on a YouTube chat show hosted by Smriti Mandhana and Jemimah Rodrigues. During the chat, hosts Smriti Mandhana and Jemimah Rodrigues spoke on various topics with Bhuvneshwar Kumar and Jhulan Goswami. Both fast bowlers spoke about how they are involved in doing house chores during this time. Bhuvneshwar Kumar also talked about his fitness routine and said," It has been difficult to work out at home as we are used to training at gyms or cricket grounds. But I am trying to make sure that I maintain some level of fitness so that I don't have to start from zero when I return to the field".

The right-arm fast medium-pacer is also a part of the SunRisers Hyderabad in the Indian Premier League. In his IPL career, Kumar has scalped 133 wickets from 117 matches.

On the other hand, Jhulan Goswami has played 182 matches for the country and has scalped 225 wickets with an economy rate of 3.28. She has also featured in 10 Test matches and 68 T20Is for the country.

Sunrisers Hyderabad Cricket
Get the latest updates on India vs Australia Series, check out the India vs Australia Schedule for 2020-21 and Ind vs Aus live score . Like us on Facebook or follow us on Twitter for more sports updates. You can also download the NDTV Cricket app for Android or iOS.