The independent Cricket Discipline Commission (CDC) was tasked with leading an internal disciplinary into last September's incident after Stokes was found not guilty of affray following a trial last month. 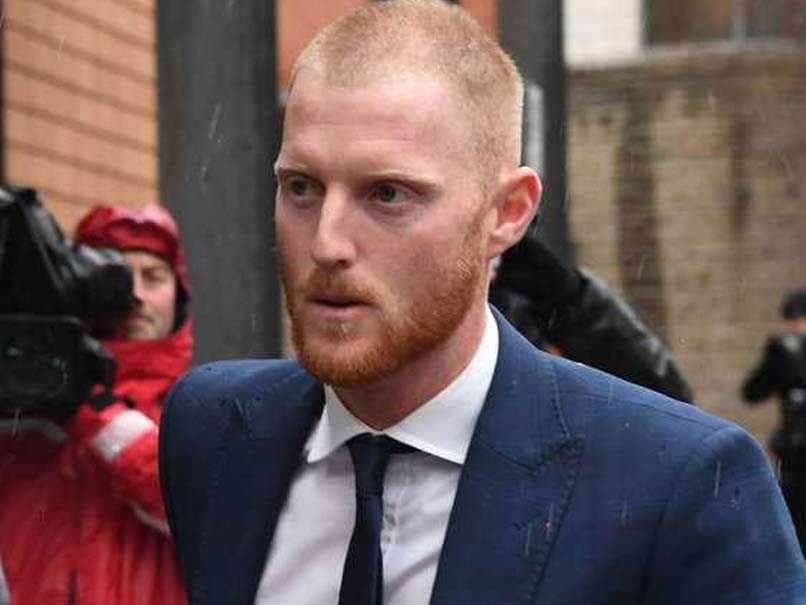 Ben Stokes was charged by the ECB with bringing the game into disrepute.© AFP

The independent Cricket Discipline Commission (CDC) on Tuesday confirmed that England all-rounder Ben Stokes and England batsman Alex Hales have been charged by the England and Wales Cricket Board (ECB) with bringing the game into disrepute. Both of them have been charged with two counts of breaching ECB Directive 3.3 and will be required to attend a CDC Disciplinary Panel Hearing in accordance with the CDC Regulations. The Disciplinary Panel Hearing will be held later this year on December 5 and December 7.

ECB Directive 3.3 states,"No Participant may conduct themself in a manner or do any act or omission at any time which may be prejudicial to the interests of cricket or which may bring the ECB, the game of cricket or any Cricketer or group of Cricketers into disrepute."

The CDC Disciplinary Panel will comprise of Tim O'Gorman (Chair), Chris Tickle and Mike Smith. The hearing will be held in private in London.

The independent Cricket Discipline Commission (CDC) was tasked with leading an internal disciplinary into last September's incident after Stokes was found not guilty of affray following a trial last month.

Stokes was cleared of affray after a fight outside a Bristol nightclub. A jury at Bristol crown court acquitted the 27-year-old all-rounder after he gave evidence saying he had acted in self-defence.

Stokes along with Alex Hales had gone out celebrating after beating the West Indies in a match in Bristol on September 24.

New Zealand-born Stokes in his testimony had maintained that he had a "significant memory blackout" but he was "absolutely not" an angry man who had lost all control during the incident.

Alex Hales Cricket
Get the latest updates on India vs Australia Series, check out the India vs Australia Schedule for 2020-21 and Ind vs Aus live score . Like us on Facebook or follow us on Twitter for more sports updates. You can also download the NDTV Cricket app for Android or iOS.