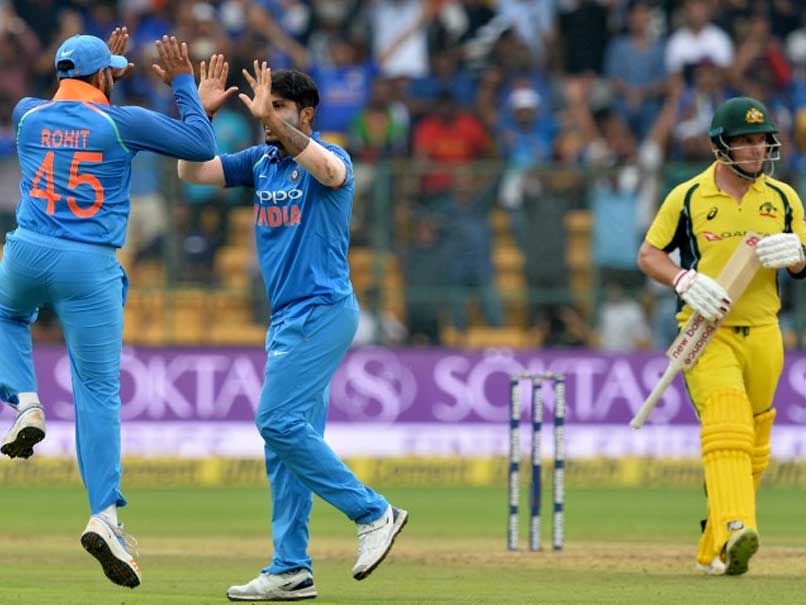 India are currently on a tour to Australia.© AFP

The Board of Control for Cricket in India (BCCI) has announced the fixtures for India's home series against Australia, which starts February 24. India and Australia will square off in two T20Is, following which the two cricketing superpowers will meet in a five-match ODI series. The T20Is will be held in Bengaluru and Visakhapatnam, and the ODIs will be held in Hyderabad, Nagpur, Ranchi, Mohali and Delhi.

After winning their first ever Test series in Australia, India are currently gearing up for the three-match ODI series vs Australia, which starts January 12. The other two matches will be held on January 15 and 18.

The Border-Gavaskar Trophy just culminated into a 2-1 victory for India, where India won the Test matches in Adelaide and Melbourne. India had lost the second Test in Perth, and the fourth and final one in Sydney had ended in a draw due to rain.

Before their limited-overs outing in India, Australia were faced with the task of facing India for a four-match Test series. Although India had won the Test series 2-1, it was a closely fought contest between the two cricketing powerhouses.

MS Dhoni BCCI
Get the latest updates on India vs Australia Series, check out the India vs Australia Schedule for 2020-21 and Ind vs Aus live score . Like us on Facebook or follow us on Twitter for more sports updates. You can also download the NDTV Cricket app for Android or iOS.