BBL: Dan Christian was in good fielding form and took a brilliant catch to dismiss Matt Short during Sydney Sixers win against Adelaide Strikers on Tuesday. 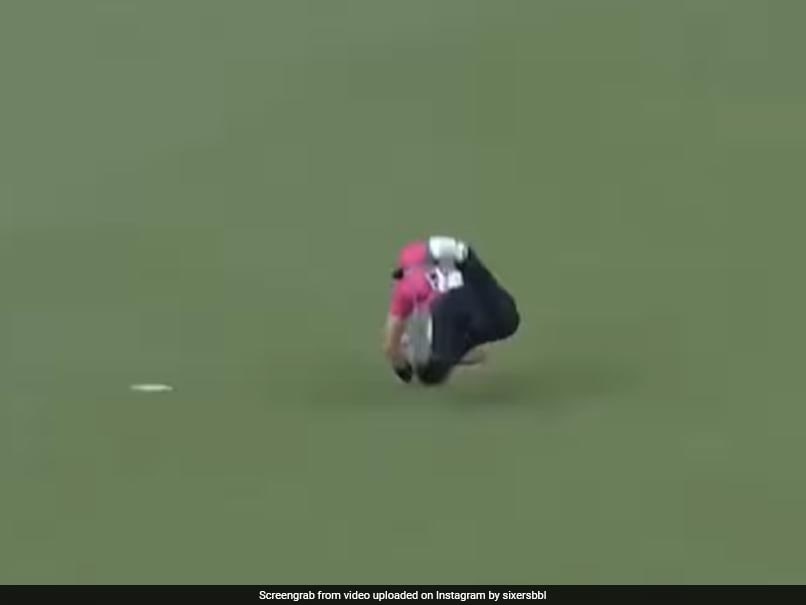 Dan Christian was in fantastic fielding form during Sydney Sixers' win in the Big Bash League (BBL) against Adelaide Strikers on Tuesday, at the SCG in Sydney. The all-rounder displayed amazing athleticism to help Sean Abbott dismiss Adelaide opener Matt Short. In the final delivery of the second over, Short failed to control Abbott's length delivery and ended up guiding it towards point. Christian, who was stationed there, dived to his left with a brilliant reflex action to take a fantastic catch. Short could only register 16 runs off eight balls and had to depart for the dug-out.

Here is the video of Christian's catch:

That was not the only time Christian displayed his athleticism on the field. He also saved a couple of boundaries.

Other than Abbott's record-breaking display, Christian also was in good bowling form and took three wickets in three overs.

The Sixers ended up winning the match by four wickets.

After the win, Sydney Sixers find themselves in second position in the BBL league table with 14 points from five matches. Meanwhile, Adelaide are fourth with seven points from four games.

Dan Christian Sean Abbott Cricket
Get the latest updates on Fifa Worldcup 2022 and check out  Fifa World Cup Schedule, Stats and Live Cricket Score. Like us on Facebook or follow us on Twitter for more sports updates. You can also download the NDTV Cricket app for Android or iOS.