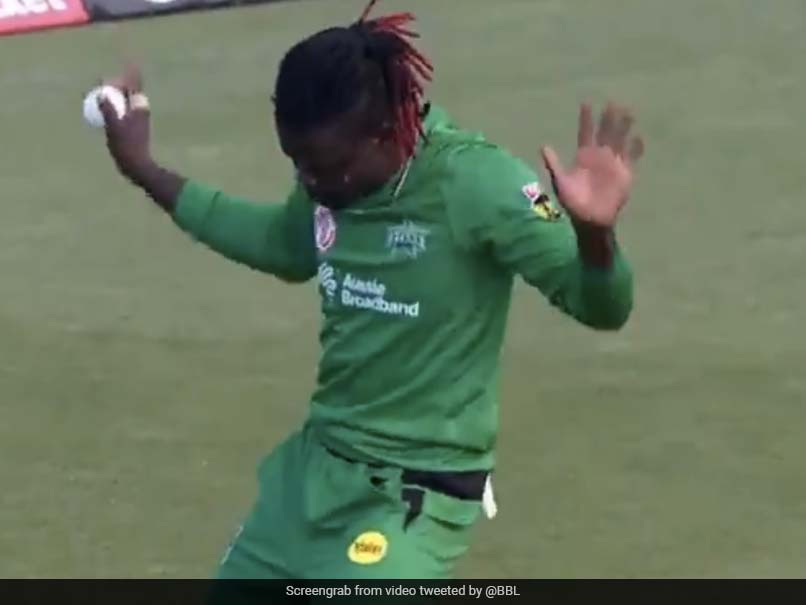 West Indies star Andre Fletcher took two brilliant diving catches to help Melbourne Stars beat the Hobart Hurricanes in the ongoing season of the Big Bash League. Fletcher first ran to his right and dove to take the catch of South Africa's Colin Ingram and then, in the penultimate over of the thrilling match, he again took a brilliant catch to end Ben McDermott's stunning knock and effectively finish the Hurricanes' chances of completing the chase, sealing victory for the Stars.

Marcus Stoinis hit an unbeaten 97 off 55 deliveries to help the Melbourne Stars post a total of 183/6. The all-rounder hit seven fours and as many maximums.

Chasing 184, Hobart Hurricanes' Ben McDermott hit 91 off 58, but his valiant effort was brought to an end by Fletcher's brilliant catch off the bowling of Liam Hatcher on the last delivery of the 19th over.

With 21 needed off the final over, Peter Handscomb managed to hit one six, before being run out as the Hurricanes fell 10 runs short of the victory.

With the win, Melbourne Stars moved up to fifth in the table while the Hurricanes remain at fourth.

Fletcher joined the Melbourne Stars this season and has failed to fire with the bat. The wicketkeeper-batsman has scored 72 runs in 7 matches at an average of 12 and strike rate of 122.03.

Melbourne Stars will next take on Brisbane Heat while Hobart Hurricane's next game will see them face off against Sydney Thunder.

Hobart Hurricanes Colin Ingram Ben McDermott Cricket
Get the latest updates on Fifa Worldcup 2022 and check out  Fifa World Cup Schedule, Stats and Live Cricket Score. Like us on Facebook or follow us on Twitter for more sports updates. You can also download the NDTV Cricket app for Android or iOS.