Bangladesh vs West Indies: Bangladesh failed to chase down the target of 231 on the fourth day of the second Test. Following the win, West Indies secured the series 2-0. 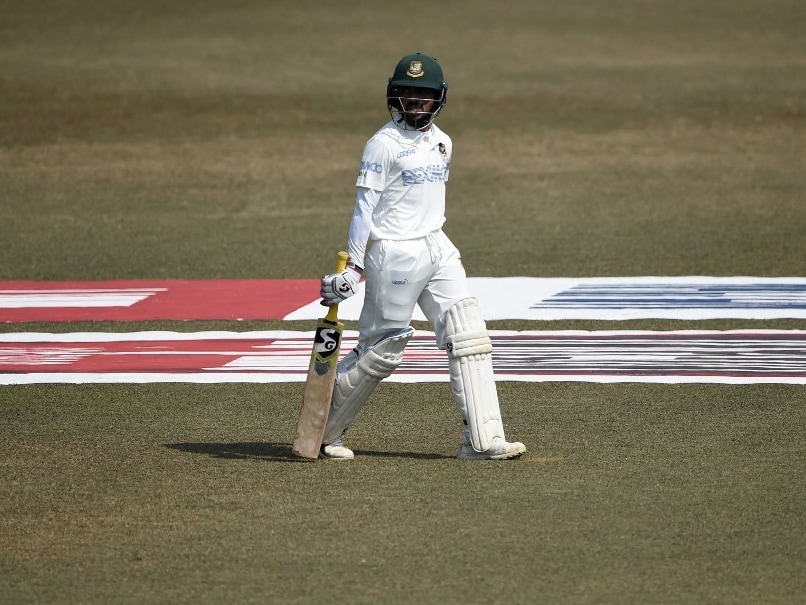 BAN vs WI: Bangladesh captain Mominul Haque walks back after his dismissal against West Indies.© AFP

The Bangladesh Cricket Board (BCB) president Nazmul Hassan lashed out on skipper Mominul Haque and coach Russell Domingo after West Indies clinched the Test series 2-0 on Sunday. Rahkeem Cornwall scalped four while Jomel Warrican and Kraigg Braithwaite bagged three wickets each to bundle out Bangladesh in the second Test and win the match by 17 runs at Shere Bangla National Stadium on Sunday. Last week, Soumya Sarkar had replaced injured Shakib Al Hasan for the second Test against the West Indies. Hassan wasn't pleased with this decision and slammed the coach and the skipper for picking Sarkar for the second Test.

"I gave them four or five options. My first choice was Mahmudullah Riyad, and then Mosaddek [Hossain], Mahedi [Hasan] and the fourth option was Soumya [Sarkar]. They [captain Haque and coach Russell Domingo] selected Soumya," he added.

Bangladesh skipper Haque said the hosts required an all-rounder in place of Shakib and defended his decision of selecting Sarkar for the second Test.

"Shakib bhai's absence threw off our combination. I needed a batsman who could bowl medium-pace," said Haque.

"I went with Soumya because he is an experienced player, and has been playing ODIs recently too. These things come up when you lose a game, and it would have been a different story if we had won," he added.

BCB chief Hassan said Haque and Domingo insisted that they had only one choice (Sarkar) and didn't mention any other names.

"I still went ahead and personally called Mahmudullah, who told me he had back pain. Mosaddek was in Abu Dhabi. We tried, but they [Haque and Domingo] had only one choice. They didn't mention any other names," said Hassan.

Bangladesh failed to chase down the target of 231 on the fourth day of the second Test. Following the win, West Indies secured the series 2-0.

Mominul Haque Bangladesh vs West Indies, 2nd Test Cricket Soumya Sarkar
Get the latest updates on ICC T20 Worldcup 2022, check out the Schedule and Live Score. Like us on Facebook or follow us on Twitter for more sports updates. You can also download the NDTV Cricket app for Android or iOS.