Krishmar Santokie was in the middle of a controversy after bowling massive illegal deliveries. 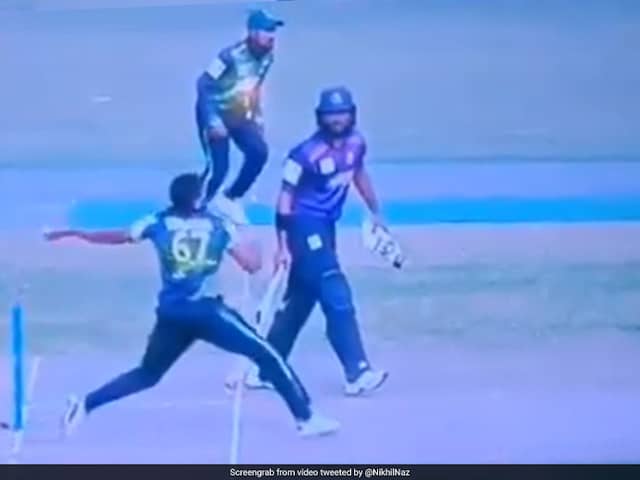 The Bangladesh Premier League just started on Wednesday, but it has already courted controversy after West Indies pacer Krishmar Santokie came under fire for bowling some massive extras in the opening match of the tournament. Santokie, a left-arm pacer who plays for Sylhet Thunders, ran in over the wicket to a right-handed batsman and then launched a full-toss well down the leg side, going for what would have been a leg-side wide even in a Test match. He followed it up a few deliveries later with a no-ball, with his front leg landing significantly ahead of the crease.

A no-ball bowled by Krishmar Santokie in the opening match of the Bangladesh Premier league #BPL2019 today. pic.twitter.com/Lvzut5d0Gz

And this a wide, bowled just a couple of balls before that. pic.twitter.com/SItM4IG30x

"These T20 tournaments are noting but the hotbed of betting/match fixing. It is a matter of time that all these will be tumbled out in the open," one user tweeted.

"Something fishy..." wrote another.

"Soon ICC may send cops to the field mid-over," one user joked.

"The no-ball that he bowled is suspicious. He (Santokie) is not yet called by the BCB but I have lodged my complaint. I verbally requested CEO and Morshed (BCB anti-corruption head) to investigate the matter," Chowdhury was quoted as saying by cricbuzz.com.

This is the second time Bangladesh have faced a fixing-related scandal in recent times. Former captain Shakib Al Hasan was in October banned for two years, with one year of that suspended, by the International Cricket Council (ICC) for failing to report corrupt approaches made to him.

Krishmar Santokie Cricket
Get the latest Cricket news, check out the India cricket schedule, Cricket live score . Like us on Facebook or follow us on Twitter for more sports updates. You can also download the NDTV Cricket app for Android or iOS.