The BCB finalised a list of 16 players to be included in the national payroll, but only seven of them were offered a contract for both red and white ball cricket. 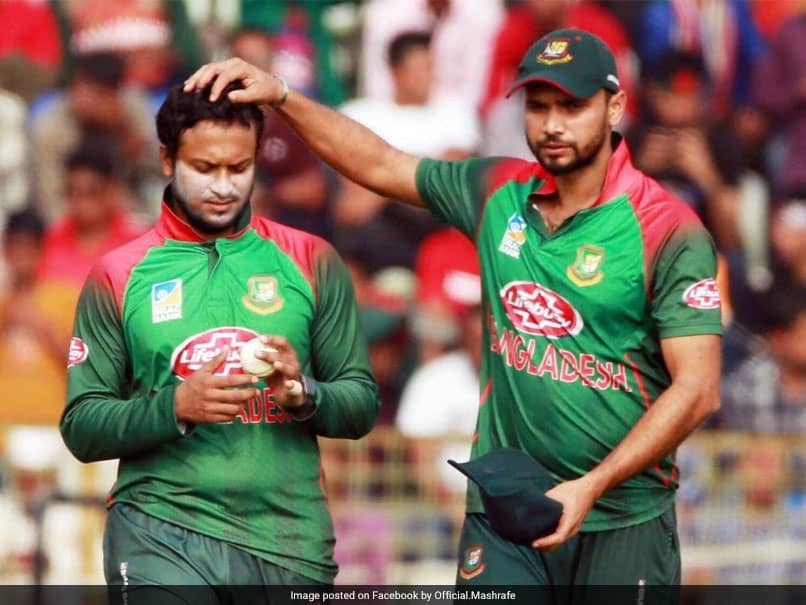 Mashrafe Mortaza and Shakib al Hasan have been dropped from the new central contract list announced by the Bangladesh Cricket Board (BCB) in three different categories. The BCB, during a meeting of the Board of Directors on Sunday, finalized a list of 16 players to be included in the national payroll, but only seven of them were offered a contract for both red and white ball cricket which will end on December 31 this year.

The decision to exclude the duo was on expected lines as Mashrafe announced his retirement from ODI captaincy and not to be considered as a regular member of the Bangladesh team while all-rounder Shakib is not considered for fresh contract as he is now facing a two-year ban imposed by the International Cricket Council (ICC) for not reporting corrupt approaches.

The ban on Shakib ends on October 29, 2020, which could also mean that he won't be able to take part in the T20 World Cup, which starts on October 18.

Along with Mashrafe and Shakib, Imrul Kayes, Abu Hider Rony, Syed Khaled Ahmed, Rubel Hossain and Shadman Islam have also been axed from the previous contract.

Meanwhile, batsman Mahmudullah and pacer Mustafizur Rahman have been axed from the Test contract list and handed only a partial contract for white-ball cricket.

Mominul Haque, who leads the side in Test cricket, spinner Nayeem Hasan, pacers Abu Jayed and Ebadot Hossain were given a contract only for red-ball cricket, while Mahmudullah, Mohammad Saifuddin, Mustafizur Rahman, Afif Hossain and Mohamamd Naim were given contracts only for ODIs.

Shakib Al Hasan Cricket
Get the latest updates on IPL 2021, IPL Points Table , IPL Schedule 2021 , live score . Like us on Facebook or follow us on Twitter for more sports updates. You can also download the NDTV Cricket app for Android or iOS.