Tamim Iqbal's tenure as ODI captain will start with the one-off match against Pakistan on April 1. 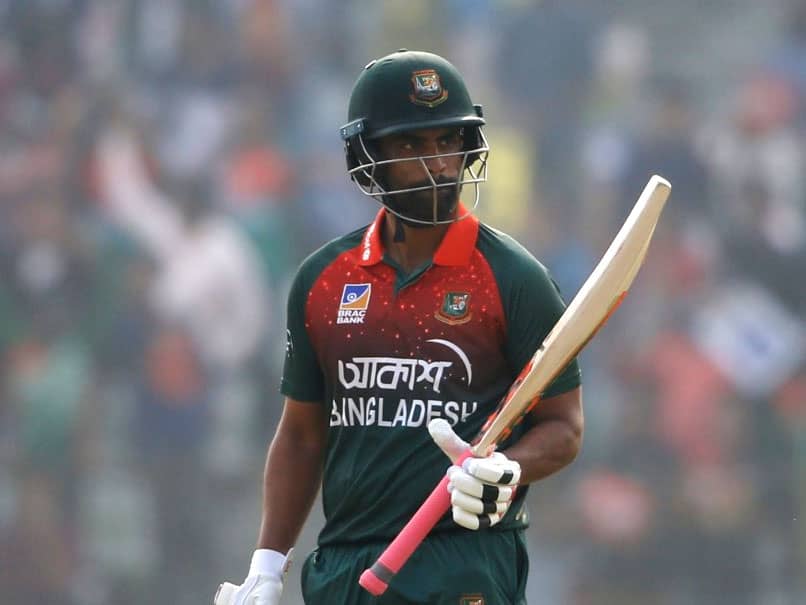 Bangladesh on Sunday named opening batsman Tamim Iqbal as captain of the national one-day side, replacing pace bowler Mashrafe Mortaza. Mashrafe stepped down as ODI captain this week after the third and final game of a three-match series against Zimbabwe. He had led the side for more than five years. "The board has unanimously selected Tamim Iqbal as our new ODI captain," Bangladesh Cricket Board president Nazmul Hassan announced at a press conference after a meeting of the governing body's board of directors.

"We thought of appointing a captain for a short duration and then giving the job to someone else next year. But we finally decided against a short-term appointment. We hope Tamim would serve for a long term," he added.

Tamim earlier led Bangladesh in three ODIs against Sri Lanka in July last year in the absence of the injured Mashrafe, but failed to inspire the team with Bangladesh losing all three matches.

His fresh tenure as ODI captain will start with the one-off match against Pakistan on April 1.

Tamim Iqbal Cricket
Get the latest updates on India vs Australia Series, check out the India vs Australia Schedule for 2020-21 and Ind vs Aus live score . Like us on Facebook or follow us on Twitter for more sports updates. You can also download the NDTV Cricket app for Android or iOS.