Tamim Iqbal could not have timed his record innings better, as he is preparing to return to Test cricket after skipping Bangladesh's previous three matches, against Afghanistan and India. 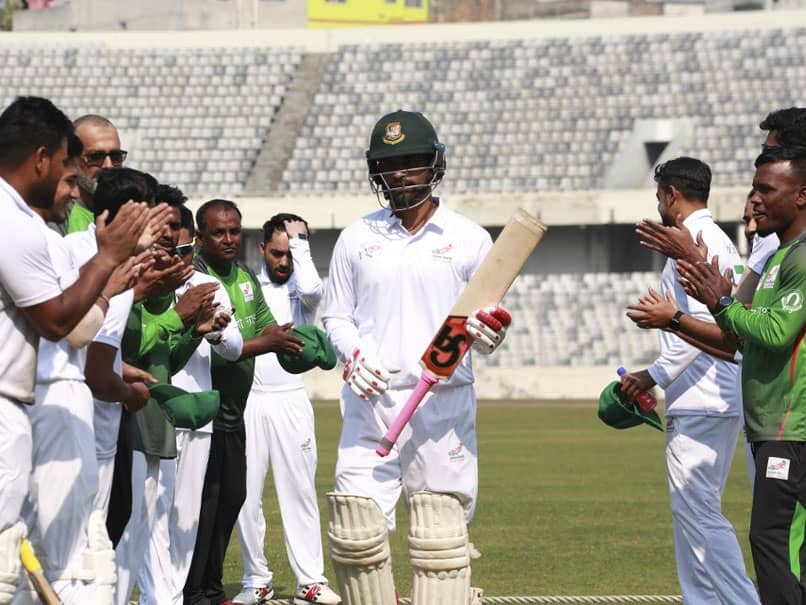 Tamim Iqbal warmed up for his Test comeback with a triple century on Sunday.© AFP

Tamim Iqbal warmed up for his Test comeback with a triple century on Sunday -- the highest first-class score ever recorded on Bangladeshi soil. The left-hander became only the second Bangladeshi to score a triple ton while smashing an unbeaten 334 for East Zone against Central in the Bangladesh Cricket League. He overtook former Under-19 teammate Roqibul Hasan's 313, before surpassing Sri Lankan Kumar Sangakkara's 319 -- against Bangladesh in a Test match in 2014 -- to also chalk up the highest individual innings in Bangladesh.

"This is really a special feeling. Everyone has a dream, but I never thought that it would come in this match," Tamim Iqbal told reporters after his innings.

"Scoring 300 is always difficult against any opposition at any level. If it was easy, you would see someone scoring 300 every month.

Tamim could not have timed his record innings better, as he is preparing to return to Test cricket after skipping Bangladesh's previous three matches, against Afghanistan and India.

He took a break from international cricket after a dip in form, and also opted out in November to be with his expectant wife.

Bangladesh's top run-scorer in all three formats, Tamim struggled at the World Cup in England last year scoring just 235 runs in eight innings at an average of 29.37.

He was later made interim captain for a three-match one-day series in Sri Lanka in the absence of injured skipper Mashrafe Mortaza, but the leadership role failed to bring out his best and he scored just 21 runs in three matches as Bangladesh lost 3-0.

Tamim, named in the Bangladesh squad for the first Test against Pakistan in Rawalpindi from February 7-11, returned to domestic first-class cricket to prepare for the top flight.

"The wicket was very good. There was no spin and the wicket didn't behave differently," he said.

Tamim was given a guard of honour by his teammates as he returned to the dressing room, and the Bangladesh Cricket Board also hosted a small ceremony to celebrate his knock.

Bangladesh Cricket Team
Get the latest updates on India vs Australia Series, check out the India vs Australia Schedule for 2020-21 and Ind vs Aus live score . Like us on Facebook or follow us on Twitter for more sports updates. You can also download the NDTV Cricket app for Android or iOS.